Signs to Watch: The Signs your Teen Might be Experiencing Teen Dating Violence 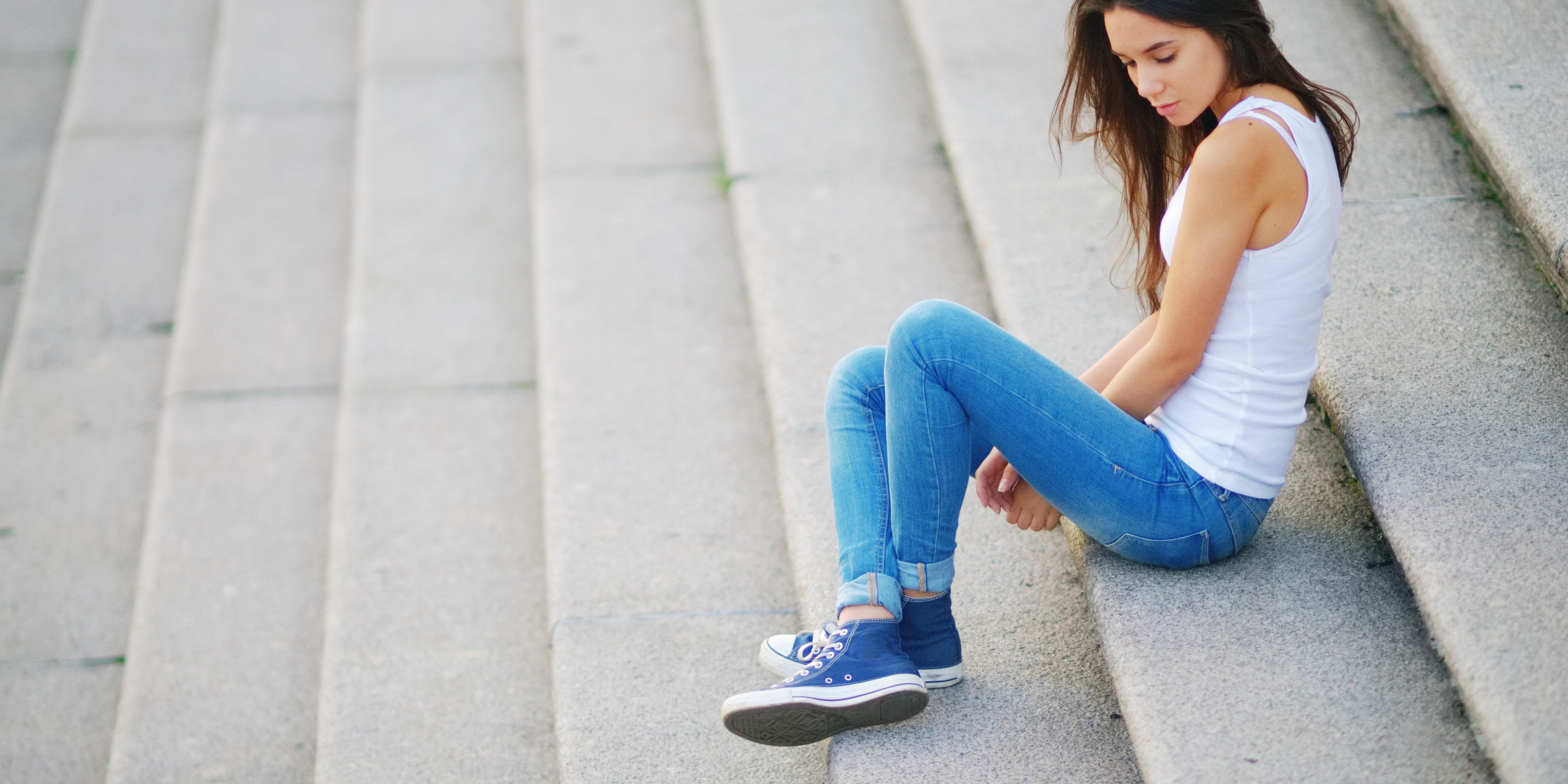 In a recent blog, we discussed the surprisingly high incidence of intimate partner violence on college campuses. It was amazing to learn how little we hear about IPV on college campuses in light of how often it actually happens. Equally alarming is how large is the number of victims who do not report the abuse either because they don’t recognize the violence as abusive or don’t feel like they have a safe space to report. In this week’s blog, we are discussing a related issue, because we believe it’s essential to understand that many of these same students entered college as trauma victims from abuse they experienced in high school or earlier in the form of teen dating violence. The reality is that abuse does not discriminate in age, gender, ethnicity. It can happen to anyone: him, her, or they. Violence happens in intimate partnerships, parent-child relationships, within the workplace, at the synagogue, or at school. The sad fact is that violence within teen relationships has become more prevalent for teens at increasingly younger ages and is on the rise.

There are many possible reasons for the rise in teen dating violence. Among them, is the over-exposure to violence through easy internet access and the frequency of witnessing violent intimate partnerships through various media outlets. Studies show that children are among the largest population of Internet pornography users and addicts probably because it is so easy to access and many children lack the oversight from adult caretakers who are technologically savvy enough to block a child’s access to porn. Unsupervised, pornography and similar media are teaching children that violence within intimate relationships is “normal.” In fact, it is said that due to its critical influence young people have come to “expect” violence in romantic relationships, paving the child’s path to accept teen dating violence. Unfortunately, it’s so prevalent that February has become Teen Dating Violence month. While we celebrate our partnership with other organizations to increase awareness of this important issue for youth, we are saddened by the fact that we need to do it at all. Children should never have to experience teen dating violence let alone come to “expect” violence within any relationship.

Teen dating violence among LGBTQ+ youth is particularly alarming. A study of almost 5500 LGBTQ+ teens show that this population is at much greater risk of violence within intimate relationships than heterosexuals, both for physical and emotional abuse. According to the Urban Institute Study on Teen Dating Violence, 43% of LGBTQ+ youth reported physical violence in dating relationships, 59% reported emotional abuse, 37% reported cyber/phone abuse and harassment, and 23% reported sexual coercion. Transgender youth reported the greatest incidence of all forms of abuse within this community.

Romance is often glamorized and ingrained in our view of society from the passionate and perfect love stories we absorb in books, movies and on social media. Teens often dream of their first date, prom, and finding the perfect love partner. Our society often teaches youth that being well-liked, popular, or “normal” requires you to have romantic relationships at an early age, so many teens strive to achieve this, perhaps missing or ignoring the signs of an unhealthy relationship. What might seem like passionate, young puppy love on the outside can quickly turn into a manipulative and controlling relationship resulting in years of physical and emotional scars. And because many learn to expect violence or at least think they are supposed to be okay with it, they do not speak up about it even when it feels wrong.

Teens who experience dating violence as minors are often scared, unaware or don’t have the proper tools to recognize the violence and take protective action. When teens are stuck in an unhealthy relationship, it can breed a negative spiral leading to harmful coping mechanisms of substance, alcohol abuse and mental effects of depression and anxiety. They need your help.

By understanding the risk of teen dating violence, you have taken a crucial first step to being able to make a difference. Now, learning the following signs that a teen you care about might be experiencing abuse will position you to be a helpful advocate for them:

1. THEIR PARTNER IS EXTREMELY POSSESSIVE AND JEALOUS

2. YOU SEE MARKS OR BRUISES ON YOUR CHILD THEY CAN’T EXPLAIN

You do not want to ignore it when your teen has bruises or other marks on their body they neither can explain, nor feel comfortable talking about. Often, they will become angry at the questioning as their instinct is to protect their partner or they might be embarrassed and experiencing significant shame about the abuse. This is a very important sign your teen is in a violent relationship and you do not want to ignore it.

3. YOUR TEEN BECOMES VERY ANXIOUS AND STRESSED WHEN THEY CAN’T REPLY IMMEDIATELY TO THEIR PARTNER’S COMMUNICATION

It’s one thing in the “crush” phase to want to reply immediately to every cute message you receive from your new romantic interest and to be frustrated when you cannot. That’s a normal part of the romance. But when you notice your teen becoming very nervous, anxious, or fearful when they can’t reply to their partner immediately, there might be something else going on. You may also notice your teen becoming fearful to communicate with their partner about changes in plans, or others events. What you could be seeing is their fear and concern about how to manage their partner’s negative emotions and reactions.

4. YOUR TEEN’S DISPOSITION IS CHANGING AND THEY APPEAR REGULARLY DEPRESSED OR ANXIOUS

You know your child. It’s important for you to trust your gut as a parent or other caring person in a teen’s life when it’s telling you that something is “off.” Pay attention to personality shifts that show the teen becoming more regularly depressed or anxious and isolated. Oftentimes, the child will also stop participating in extracurricular activities or other things that used to bring them joy. It could be another sign of depression.

As parents of teens, we can be tempted to attribute these signs to the normal awkwardness of teen years or hormone shifts. Even if that is the reason, please don’t make that assumption without spending time trying to talk to them about it. Walking teens through this time requires an incredible amount of unconditional love, patience and understanding. If you have concerns, reach out to them and give them a safe space to share what’s going on inside. Prepare yourself to hear anything they might say. Listen to them with a compassionate heart and do not judge or reprimand them for what they share. It’s important that they continue to feel safe or they will shut down and shut you out, making it almost impossible to get them the help they truly need.

In addition to finding a skilled therapist who specializes in working with teens, there are also many organizations, such as loveisrespect.org, who have free counseling, mentors and other resources to help you and your child. One of the key ways you can support your child is to learn more about teen dating violence and provide them with the opportunity to learn about it. Visit our website and share the Terms and Definitions of covert emotional abuse with them, the link is in our resource section below. This extremely effective tool will define behaviors that are not healthy making them more able to identify they are in a harmful relationship and choose to set boundaries against their abusive partner. It is important for teens to know that their voice matters and to empower them to firmly use it.