5 Covert Behaviors Parents Commonly do to Their Children 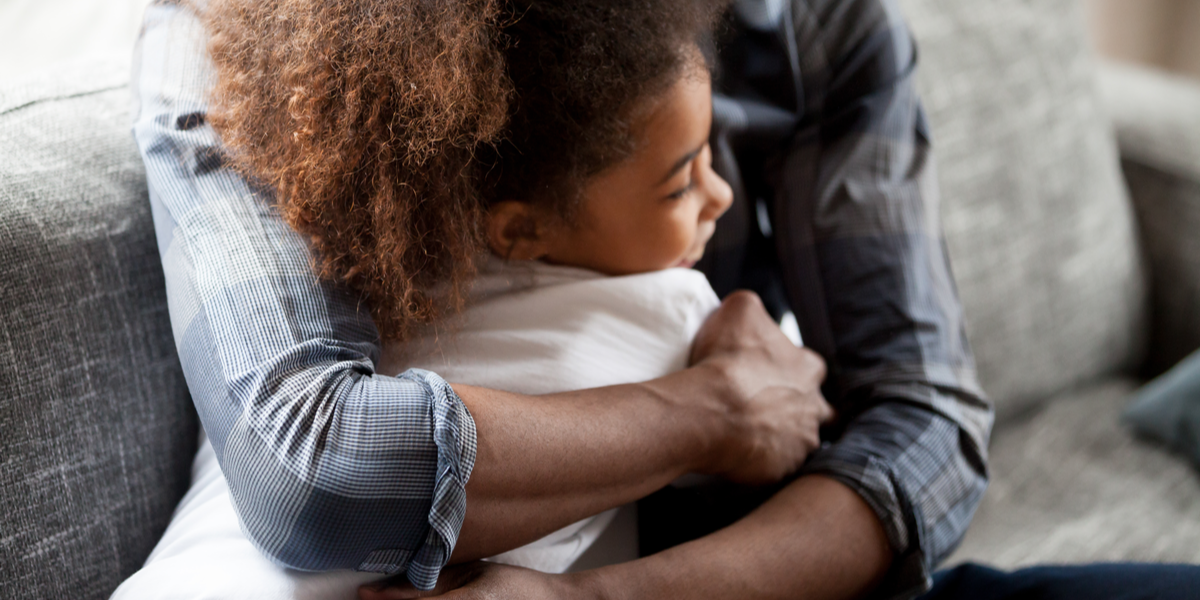 I never intended to hurt my little girl with my words and responses to her. I really had no idea how badly I had been harming her. It wasn’t until recently that I realized that I had been minimizing and invalidating her for quite some time. Covert emotional abuse is such a complicated topic. It seemed too hard to understand. Yet, when I saw M3ND’s terms and definitions of unhealthy behaviors used in covert abusive relationships, I immediately recognized some of them. I was not abused, but I was guilty of engaging in some of those behaviors with my daughter. I could attribute my actions to being over-tired and, well, human, which isn’t incorrect; I am not an abuser after all. The reason does not change reality that I caused harm, I needed to apologize and wanted to change my ways. I am grateful for this gift of clarity that allowed me to become the more loving parent my children deserve.

Today, we share some of the common things parents say and do to their children perhaps without even realizing how harmful their words or actions are to their child’s development. If we are being honest with ourselves, many of us would admit to having used one or more of the unhealthy behaviors M3ND defines when in communication with romantic partners, friends, or our children. I can still hear my mom telling me my nightmares were “just a dream” and not to worry about them, while I remained terrified to go to bed because I feared their return. Rather than comfort me in a time of extreme stress, she dismissed the experience altogether through her response. The reality is that she was probably just tired. Nonetheless, the opportunity to see me, hear me, and teach me was lost. As the story goes, years later, I found myself saying the same thing to my own daughter who had woken my husband and me up many nights in a row due to recurring nightmares. We were exhausted and I allowed my exhaustion to justify dismissing her feelings rather than to provide her with the nurture she needed to help build resilience to get through a tough season.

If you find that you have engaged in any of these behaviors, it does not necessarily mean you are an abuser. Remember that in an abusive dynamic these behaviors do not happen as isolated or occasional instances. Instead, the abusive parent continually engages in covert behaviors to maintain power and control over their children, to fill their own narcissistic supply, or as a form of continual punishment aimed to keep the child in an inferior position.

Still, it will help your relationships significantly if you honestly reflect on the behaviors described below to see if you have succumbed to any of them. If so, we inspire you to explore other ways to teach and speak encouragement and life into your children. Start by attending this month’s Training Intensive (registration link in the resources below)!

Invalidation is a form of minimization involving a parent discounting, dismissing or otherwise communicating that their child’s thoughts, behaviors or emotions are not relevant or valued. When a parent regularly invalidates their child, it can have long-lasting consequences into their teen and young adult years including high levels of emotional dysregulation. During the developmental stages of life, children need healthy adults to validate their emotions. If you fail to do so your child will not learn to trust their gut instincts. This can have far-reaching effects on their sense of self. Instead, even when you don’t believe your child’s response is reasonable or healthy, validate your child’s expression of their experience rather than trying to replace it with your own opinion. Validation tells your child that you see them and hear them and understand their internal experience about a situation. It does not mean you are coming into agreement with it. By validating them, however, you create a safe space through which you can help them to learn how to navigate life’s situations better. In contrast, when you invalidate them you tell them their experience and emotions are wrong and they begin to question their own reality or stuff down those emotions, unsuccessfully trying to make them disappear. These reactions to your parental behavior cause significant self-doubt in the child’s mindset. Through validation, their anxiety about a situation may be eased and they might be more willing to vulnerably share with you what is causing them to respond that way, creating greater opportunity for growth and healing. To learn more about the power of validation, see M3ND’s blog on this issue in the resources provided below.

Minimization occurs when we dismiss, ignore or downplay our children’s thoughts, feelings, and experiences. Abusive minimization is the belittling of the victim’s perspective with the intention to make what the victim values unimportant, thereby killing their confidence, creativity, and individuality. In the end, the victim feels small, insignificant, unseen, and unheard. Phrases commonly used by parents that minimize their children are “You’re too sensitive” or “Stop being so emotional”. While it’s not such a bad thing to encourage your children not to sweat the small stuff and to teach them resilience and strength in character, minimization actually encourages them to shut off their emotions and prevents their emotional IQ from developing healthily. Even when you don’t believe your child’s distress is valid, it’s essential to encourage them to assess whether or not it’s an important thing to be upset over and to allow them to feel their emotions in a healthy and open way. Children need to learn to be aware of their emotions and how to handle them well rather than dismissing them altogether. To learn more about minimization, see our past blogs on this topic in the Resources below.

Joking is a tactic that is commonly used by abusers. We don’t mean to take all the fun out of family or to say that joking is always bad. It’s not. But real and intelligent humor is never at the expense of another person. An entertaining joke that everyone can enjoy requires more creativity than sarcasm and put-downs which are aimed at one individual. Some families make humiliation a sport. They may sit around the dinner table, picking away at each other’s insecurities to produce a laugh. Or, perhaps one of your children makes a mistake at school and your family decides to make light of it through sarcasm and joking. Although your family might be used to this type of joking, please know that it does not happen without having a deep effect on your child. It often causes shame, increased insecurity and teaches the child they have to perform well in order to be loved. Even those children who seem unaffected by the sarcastic jabs are still hurt by them even if they are better at deflecting or hiding the shame they feel as a result. There are plenty of opportunities to joke and have fun that do not result in shame or embarrassment to your child.

Withholding is one of the most damaging forms of covert abuse. Withholding takes place when an individual tries to control or dominate another person by refusing to authentically communicate, withholding compliments or praise, or refusing to show physical warmth or connection to the other. Withholding can manifest in a variety of ways, but within a parent-child relationship, we see it most often when a parent refuses loving physical touch, gives the silent treatment to their child, or refuses to celebrate their child’s accomplishments. For example, a parent is withholding when they refuse to hug, embrace, or show any warmth or affection toward their child as a form of punishment when the child does something wrong. A child being corrected needs more than ever to know that you still love and care for them. Not being able to embrace the child immediately after wrongdoing is not necessarily a bad thing but continuing to withhold physical affection for any sustained period of time is not okay. It makes the child feel as if they are isolated, ignored, or unlovable. Another example of withholding is when a parent refuses to talk to a child as a way to punish them, turning every one of the child’s mistakes into a personal affront to the parent, which they often aren’t. Worse yet, is when a parent refuses to celebrate their child’s successes, or give credit to the child when they deserve it. Instead, they criticize or correct the minor mistakes the child made or teach them ways to do better next time, even when the child’s first attempt was worthy of affirmation. To learn more about the abusive tactic of withholding, see M3ND’s past blogs on this topic in the resource links below.

Another harmful tactic used against children is PutDowns. This happens when a parent punishes or puts down a child in front of an audience. Most often, we see this as an exertion of abusive control or power over a child. On occasion, a healthy parent might make this mistake when they are at their wit’s end and, in their exhaustion, fails to exercise self-restraint. PutDowns give rise to shame and humiliation in the child and cause significant harm to their sense of self-worth and esteem. There is no benefit to public shaming or humiliating your child, which only causes fear in them and violates trust. This type of fear follows them into adulthood, can become a barrier to a healthy emotional life, and is incredibly difficult to set aside or release. The regret that comes from the damage a parent causes by losing their cool and publicly shaming and humiliating their child is far greater than any regret you would have for pausing, taking a deep breath, and refraining from correcting your child until you are far away from the ears of any bystanders, or alone. The manner of correction should be firm and loving, not shaming and critical.

Most parents can confess the mistakes they have made in parenting that may have unintentionally caused harm to their child. Simple awareness may bring all the tools and motivation they need to change. But if you find you are unable to stop these toxic behaviors, please get the help you need to become a healthy and effective parent. There is no shame in reaching out to get the help of a skilled therapist. It will be worth it to you and your children in both the short and long term. There also are many parenting courses directed toward helping parents overcome harmful or destructive parenting styles. A good place to start is by acknowledging you were wrong and saying “I’m sorry” to your child.

We are here to support you in any way we can. We believe there is healing for us all.

7 Things No Parent Should Say to Their Child – https://www.psychologytoday.com/us/blog/the-reality-gen-z/202106/7-things-no-parent-should-say-their-child

The Power of Validation: Responding to Victims of Abuse- https://themendproject.com/the-power-of-validation-responding-to-victims-of-abuse/

When Joking Isn’t Funny: How Humor is Used to Veil Abuse- https://themendproject.com/joking/

The Most Toxic Form of Emotional Abuse: Withholding- https://themendproject.com/emotional-abuse-withholding/