Can you be too positive?: A look at Toxic Positivity 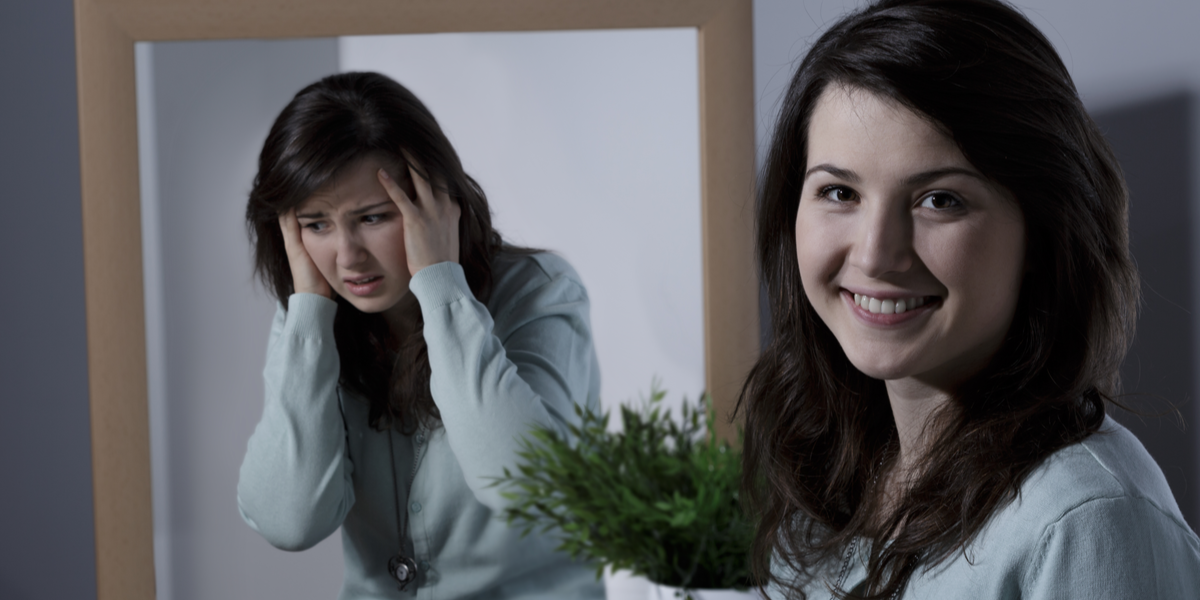 Today, we are talking about “Toxic Positivity”, a subject that really strikes a chord with our team at The M3ND Project. For some of us, putting “toxic” and “positivity” together in a phrase seems inherently wrong. How can anything positive be toxic? There are many situations where  toxic positivity is harmful. Often, it comes as a result of our discomfort with or intolerance of anything negative. In today’s blog, we show you how toxic positivity plays a harmful role when listening to someone’s problems and especially for victims of abuse. You’ll learn  what you can do instead if you are coming alongside someone.

First, what is toxic positivity? “Toxic positivity is the belief that no matter how dire or difficult a situation is, people should maintain a positive mindset. It’s a “good vibes only” approach to life.” (1) It’s when we respond to someone grieving a loss by saying, “you should be happy you at least had them in your life;” or, “you’re not honoring anyone by being sad; focus on all you have and the people who are still here.” Or, to the child who is devastated when a friendship ends, “Don’t be sad; there are plenty of good friends out there for you. You’ll be fine.” Or the infamous, “God’s got a plan. Don’t worry.” Although there are truths in each of these responses, the message that is being conveyed by the listener is to put an end to the negative emotion. Negative emotions are uncomfortable for the person experiencing them and also for the person listening and witness the speaker’s distress.. Processing negative emotions, however, is important to our brains, bodies and spirits for our overall well-being. “Think of emotions as a closed circuit,” says Natalie Dattilo, a clinical psychologist at Brigham and Women’s Hospital in Boston and instructor of psychiatry at Harvard Medical School. “They have to go somewhere, so they come back up, like Whac-A-Mole.” (2) A healthy part of processing is through verbally sharing the negative experience or otherwise acknowledging it is real and allowing it to unfold naturally.

It’s important to understand that having a positive attitude and achieving a positive mindset are good things that can encourage wellness. However, being willing to face and process negative emotions also is essential to a person’s well-being. Positivity becomes toxic when its effect is to dismiss, minimize, push down, or ignore distressing, sad, or negative emotions. When we shame the individual into ignoring those emotions or encouraging them to stuff them down long term, we are compromising their health. Stressful emotions that do not get processed in a healthy manner wreak havoc on our brains and bodies, often resulting in long-term negative health consequences which manifest in a range of possible psychological or physical ailments.

So, why do we do it if it’s so unhealthy? There are a few reasons why we use positivity to shut down negative emotions. It often comes from feeling uncomfortable with those emotions and not having the tools for responding empathically. In our culture, physical strength and mental acumen hold center stage to our success. Emotional IQ, on the other hand, has taken a back seat, and has wrongly been labeled as a mainly female and negative trait. Many people, therefore, do not have a highly developed emotional IQ. Emotional Intelligence is defined as “the capacity to be aware of, control, and express one’s emotions, and to handle interpersonal relationships judiciously and empathetically.” Many of us are taught from a very young age – by our parents, coaches, educators, peers, media – that it is bad to express or feel negative emotions for any length of time. It is viewed as “weak” or “overly-emotional,” especially if you are male. It’s nearly impossible to be empathic when you can’t deal with another or your own negative emotions. Learning how is key to enhancing emotional wherewithal.

In the context of abuse, toxic positivity can keep victims in dangerous environments or cut them off emotionally for a long time. A positive bias on every situation can set you up to ignore the severity of abuse and to remain in an abusive relationship which is likely to escalate in violence over time.(3)

When a victim’s positivity causes harm

There are many reasons victims of abuse believe they need to be their most positive self all the time even when they are being harmed by their partner’s deeply destructive actions. They may believe positivity will help them deal with any harm taking place, as well as to possibly influence their partner’s behavior. If they are married, they might believe separation or divorce is not an option for them and by focusing on the positive all of the time they will be more equipped to handle the emotional or physical abuse and less likely to leave the marriage. Others might have a spiritual view that compels extreme positivity: for example, perhaps one believes in the law of attraction and attributes anything negative within their relationship to be the result of their personal failure to project positivity outwardly. As a result, they try harder, believing they have caused the abuse, it is somehow their fault and they have the power, through extreme positivity, to end it. Or maybe someone from another faith might believe that to be a strong Christian, Jew, or Mormon, for example, you need to exude joy and gratitude always.

Whatever the reason, a victim’s extreme positivity encourages them to completely ignore their negative feelings, making the positivity toxic. It turns them away from understanding their feelings and disconnects them from reality. Over time, it becomes increasingly hard for a victim to connect with what they are truly feeling, especially if it’s negative. The only way for a victim to heal is by getting in touch with what you’re feeling, even when it’s negative. Remaining numb to your emotions does not resolve them and instead traps them in your body, which can affect your physical and mental well-being. In domestic violence support groups or victim-centered therapy, an important (and often first) question in any session is, “How are you feeling?” At first, victims will reply with a trained, conditioned response which likely does not represent what they’re actually feeling. Over time, they learn to pay attention to their true feelings. The pain of the negative emotion is so strong in the beginning and the learned response of setting the pain aside through toxic positivity is hard to overcome. Re-learning how to get in touch with their true feelings rather than habitually trying to transform a negative into a positive emotion is a key turning point toward healing for victims. Over time, a victim learns to process their emotions – whether they are negative or positive – in a healthy way. This helps to get them back in touch with themselves and brings healing to them and their relationships.

When someone shares their struggles with you, they need their feelings validated and heard. Telling them, “Don’t be so negative; everything is going to be fine” only shames and silences them. Saying, “You’ll work it out.  I’m sure things will look up soon” tells the victim they need to ignore their negative emotions and exchange them for fake positive emotions. By responding to their distress with empty positivity or vacant reassurances, the responder is effectively dismissing the victim’s pain and replacing empathy with toxic positivity. Telling them to toughen up invalidates and minimizes them, allowing the responder to value their personal comfort over the victim’s reality.

It’s important to remember that it takes great courage for victims to share with anyone what they have been experiencing within their relationship. When they do, they are extremely vulnerable, making toxic positivity particularly damaging to them. It tells them that their feelings are not valid. Those who are responding to victims might do this because they are uncomfortable with negative emotions or the intensity of abuse and are ignorant of helpful ways to respond. The best place to start is by recognizing how important it is to allow people to process negative emotions. Responders are not called to “fix” anything. The best response is attentive listening and compassionate words and phrases, such as, “I’m so sorry you’ve been going through this.” Or, “I can imagine how painful this is for you.” Then, simply allow them to share while listening compassionately with closed mouth and open eyes and ears.

If you are struggling within a high conflict, stressful and confusing relationship, or are a victim or survivor of abuse, this course is for you. Offered in manageable segments over 7 weeks, this interactive virtual curriculum will help you identify behaviors that harm, to recognize personal trauma, to learn how to respond and heal, and so much more. M3ND founder, Annette Oltmans, will lead a weekly teaching and Q&A time, and you will be provided with tools and resources to help you gain clarity and advance on your healing journey. Click the link to learn more. https://themendproject.com/i-want-to-help-someone-being-abused/gain-tools-to-respond-to-abuse/