Child Abuse From the Eyes of a First Responder 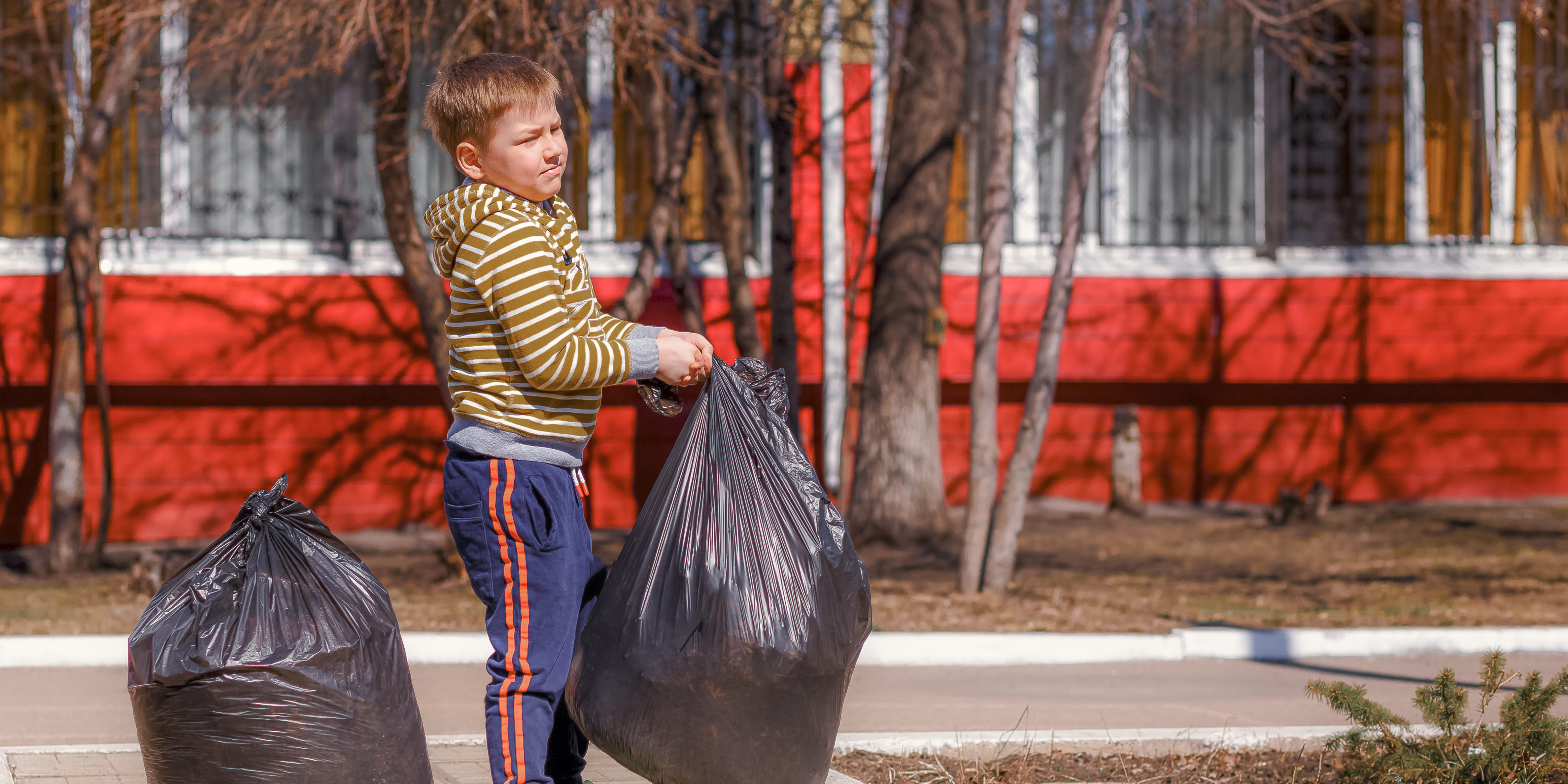 In this blog, we recognize National Child Abuse Prevention Month by sharing one young child’s journey through the foster care system, as seen through the eyes of his volunteer child advocate. Like the more than 400,000 children living in foster care within the United States, this young child whom we will call Darius* did not choose to grow up in “the system.” Still, at a few months’ old, juvenile dependency court became his parent and he became a “ward of the Court.” Everyone from that point forward was given the opportunity to love him well and to set him up for success. But most of them let him down, causing him significant trauma and entirely changing the trajectory of his life.

Although there are countless wonderful foster homes, families and agencies who come alongside children in beautiful ways, far too many children in the system still experience Original and Double Abuse. As you read Darius’ story from the eyes of a first-responder, his child advocate, we hope that you gain some insight into the challenges children in the system can face. We also hope you are inspired to become an advocate for this vulnerable population, whether you are a parent, teacher, pastor, social worker, or volunteer.

When I met Darius, I was so struck by his gentle nature. What a sweet little boy he was. I hoped I would be a positive light in his life, but I was unprepared for how hard it would be to get through to him. In the beginning, he completely closed himself off to me. He had lived in 13 homes already and experienced too much harm. He didn’t trust anyone. At only eleven years-old, he was already committed to not letting anyone new into his heart. His resolve made him feel strong and in control. For me, this meant he would not talk to me. I spent hours with him every week for months without more than an “uh-huh” coming out of his mouth. He wasn’t willing to let me get to know him. It didn’t take long to see the deep pain residing within him and it broke my heart. How would we ever connect

I was Darius’s court-appointed advocate and I had made a 4-hour per week commitment for 18 months. How was I supposed to advocate for a child who refused to talk to me? I had to throw every preconceived notion of how this was going to work out the door. How was I going to do this? This story is about Darius, but it is also my story. I want you to know that responding to victims of abuse can be incredibly challenging. I don’t want to discourage you, but if you make this commitment thinking you are going to make a difference without being willing to be stretched and changed yourself, you probably shouldn’t do it. Your resolve to stick by them must be bigger than your discomfort and stronger than their resolve to not let you in. If you make this choice, however, you will be enriched even more than they will.

Darius would never return to his parents. Their rights had been terminated when he was a baby. The trauma he had experienced by the time I met him was too much for him to bear. A former foster homes he had lived in had seemed from the outside to be the perfect home. But he and the other foster children were emotionally and physically abused by the mother without the foster father knowing what was going on. It got so bad that Darius and another foster child eventually ran away. They told the police everything that had been going on in the home but the police didn’t believe them and instead offered to take him back into the same foster home. They refused. Deciding to leave that foster home devastated him, not only because of the abuse they had endured but because he was very attached to his foster dad. When faced with the allegations, the foster dad chose not to believe him either. Nobody wanted to believe that this foster mom – a well-known philanthropist and advocate – could abuse the children in her care. Instead, they refused to believe Darius or his foster brother. Years later and after it was too late for Darius, the truth came out when another child disclosed the foster mom’s abusive behavior. By then, the trauma of her emotional and physical abuse and the harm added by everyone’s unwillingness to believe them seared deeply into these children’s souls. They struggled for years afterward, unable to overcome the devastation this incident caused. Yet, Darius never stopped wanting to be with the foster dad, whom he was sure would adopt him giving him a forever home.

When Darius and his foster brother  moved into a little group home where I first met him , they both had already given up hope. Darius did not trust anyone and believed he was all alone. Having never been a victim of the abuse he experienced, I did not truly understand what he was going through but I could empathize with him and I respected his decision to be silent. One day, I finally said to him, “Darius, I am a volunteer. No one is paying me to be here. I have made an 18-month commitment to see you every week. I will talk to the Court for you and share your wishes, dreams and needs with the judge. You can choose to do whatever you want with this time, to talk with me or not. Whatever you decide, I will keep coming back.”

A few hours later, he started talking to me for the first time. “So, you’re a volunteer?”

Yes, I am a volunteer.

“No one’s paying you to come and see me?”

No, Darius, no one is paying me to spend time with you.

He was right. All who had come before me  had been paid to care for him. In this brief exchange, we experienced the breakthrough I had hoped for and Darius started to let me in.

Still, he was struggling greatly in his home and at school. He started to act out regularly.Darius’ social worker, therapist, group home mom, and I got together and created a contract for him regarding his behavior. It was a code he would have to follow that contained clear boundaries and repercussions The consequences outlined in the contract were aligned with the severity of the misbehavior, but they were meant to deter behavior while also continuing to establish trust and faith in their relationship. Darius responded well to the agreement. He was actually excited about it because it made him feel secure.

Shortly thereafter, he tested the boundaries by rolling up a paper towel and using the kitchen stove to light it on fire like a match.Tragically, for Darius, that decision proved to have grave consequences for him and his future. His foster mom was terrified that another child would get hurt. She set aside the contract and ordered an emergency removal requiring Darius to be moved within 72 hours. She was not willing to discuss alternatives or hold to the deal. She felt horrible but was too scared to let Darius stay.

The result of this decision meant that Darius had to leave that family-like environment to move into an institutional setting known then as a high-level residential treatment facility. All of the other children in the residential treatment facility were a few years older than him and most had criminal records. All except Darius were on psychotropic medication to control their behavior. In one swift decision, this sweet little boy’s childhood was ripped away from him. I knew this was way too big of a jump in the level of care for Darius and I fought hard against it, but no one would listen to me. His behavior did not warrant such a move, but the decision was made without me.

The next morning after I heard the news, we grabbed a garbage bag full of Darius’s belongings, told him to say goodbye and moved him an hour away. He kicked and screamed the whole way there. Darius even tried to jump out of the car onto the freeway. He was TERRIFIED and so incredibly hurt. “But we had a contract!!” he screamed. “What happened to the contract? You promised!” Little did he know, that’s exactly what I said to everyone when I learned about this decision. Everyone had broken their promise to work with him. His introduction into the new building had him being physically restrained against the trauma response he was having to a traumatic experience. I cannot compare the trauma I experienced that day with the trauma Darius experienced, but it was deep for both of us. Just much, much deeper for him.

Within a few months at the new facility, Darius’s on-site social worker made up another “emergency” situation allowing her to medicate him without court (or my) approval. Once again, I had been deprived of the ability to advocate for this child. Previously, I had promised Darius I was required to be part of any such decision (as the Court had ordered me to be), but I never knew he was being medicated until Darius told me himself. Even worse, his counselor lied to Darius, telling him I had known making Darius believe I was just another person letting him down. Both of us were shocked to realize what had actually happened. This social worker had decided to use a loophole in the law at that time, which allowed foster children to be medicated without court approval where there is an “emergency” situation. She used it in order to control Darius’s behavior without having any accountability for her decision. Darius never was diagnosed with a disorder warranting the psychotropic drugs he had been prescribed. The Court would never have approved the request, but at that time, those emergency actions didn’t require court approval. Furious, I reported the facility, made sure he was placed in a foster home, and the facility investigated for the abuse. Too little too late for Darius, who was forced to face another new placement with more people he would never trust. He was almost thirteen at the time. By now he had been in 15 placements.

Darius never found a permanent home and he continued to face many challenges in life. I wish I could take away the multiple layers of secondary abuse he experienced in his years with the court system as his parent. The trauma he endured. The rejection he didn’t deserve. He was born precious and continues to be an incredible human being worthy of love and success. And although he is not choosing to live his life as a victim anymore, he truly was a victim in the truest sense of the word.

If you were moved by Darius’ story and want to help generate awareness surrounding the reality of child abuse during National Child Abuse Prevention Month, please share this blog via social media, text and email.  Make sure to follow The Mend Project on social media for informative and encouraging posts on all things abuse and healing.

*Name has been changed to protect this individual’s privacy.