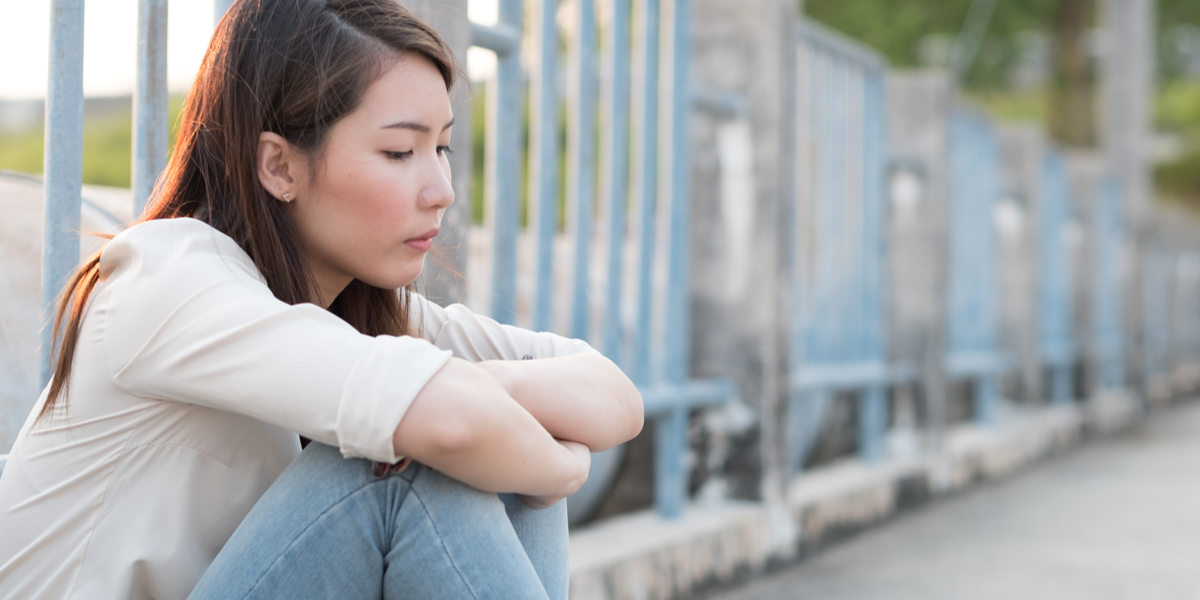 Today’s blog is a story from a brave survivor who courageously shares her story. Survivor stories can be healing and validating for those who are within or have been in an abusive relationship. They are essential for survivors to share. But they also can be very hard to hear; sometimes, we can become triggered by their content. Please care well for yourself as you decide whether you are ready to hear someone else’s story.  Joy (our author’s chosen pseudonym) was doing well when she met her ex. Slowly, over time, she lost her home, her job, her money, and her joy. She almost lost her baby girl but is fighting to keep her safe. Joy was not physically abused and the judge refused to acknowledge her emotional abuse, instead giving her abuser shared custody of their daughter.

When I met him I had my own house, my own car, my own bank account and a decent job. At first, I thought it was just bad luck and bad timing. I didn’t notice that I was losing control of my own life because of him. When I had lost everything he seemed like the last option I was happy to take. What I didn’t know is that he was the cause of all the loss. He convinced me to become a stay-at-home wife. Something I thought I would never do or was even be capable of doing.

I didn’t know that by accepting his offer that I was trapping myself in a circle of malicious abuse. He always shared how proud he was of his prior career in the Army and told me he was trained in special techniques of interrogation. I have no idea if his stories were true but, in time,  I began to feel like I was one of his subjects.

He never hit me, although, towards the end of our marriage, I was in constant fear that he would. Instead, he manipulated me. He would coerce me into intimacy that I didn’t want. He used sleep deprivation tactics. He would scream for hours nearly every day. He degraded me constantly. He would change times, dates, and details of events that had happened until I thought I was going crazy. He held me responsible for anything that had gone wrong that day, week, month or if he was bored. He used his training against me, and he isolated me. I wasn’t allowed to have a bank account or job or any money. My family used to send me small amounts of money every now and then. He took this from me. I couldn’t save any amount of money. He used my disabilities to insult me and to manipulate me into thinking that I couldn’t do it on my own.

After fifteen years of managing depression, I attempted suicide. I didn’t see any other options at the time. I stayed at a clinic and then came back determined to find a job. He coerced me into having sexual relations again. I figured “It’s just a little thing. If I have to do it to get a little bit of peace, why not?” We always used protection but this time was a little different and it didn’t feel right.

Two days before my job interview, I discovered that I was pregnant. Not only was I pregnant but for the first time ever the pregnancy was holding. Before then, I had experienced more than a dozen miscarriages and he knew about it. A week later, he was screaming at me that he didn’t want to be a father again. That I was to get an abortion. I should have left him then but I was scared. I watched my sister and friends struggle as single mothers, and I didn’t want that.

He had convinced me that one of his exes was insane and that she refused to let him see his child. He made me believe that the other child was in another country and that when he was with the mother he wasn’t permitted to do a lot of activities. I felt sorry for him. He acted like a victim. He was very convincing.

When the gender of the baby was revealed, a little girl, he suddenly changed his mind and wanted to keep the baby. Although my pregnancy was high risk, it wouldn’t have stopped me from working. He flatly refused to allow me to work. He used my fear against me. He used his previous occupation against me. He often said that he knew the entire police precinct in our area and they would be on his side. Several times I witnessed him chatting with police officers, He knew that I was scared of police officers. During the times when he was screaming at me, he would tell me to call the police. He would say that if I did, I would be the one to get arrested and would have to give birth in jail. Then, he would take the baby. I believed him.

Although my baby is my little miracle, she became a tool he used to abuse me. He often threatened to take her away from me.

He kept me as a prisoner for over two years. I didn’t have a phone most of the time. He wouldn’t let me outside of the house. If my friends called him, he would lie to them so they wouldn’t call back. If they came over, he would lie. I lost so many friends. When I went to the doctor, he came with me. He would tell me that I can only speak about the baby and nothing else otherwise I was wasting the doctor’s time.  Afterward, he spent hours yelling and scolding me for my behavior.

He never physically or financially cared for our daughter. I used charities and he used my family for money. I didn’t realize this until later. I can remember the day before I left he was screaming at me that he would get so many lawyers after me and that I would never see our baby again. I had been in touch with several crisis centers. I decided to leave and went no contact.

He followed through with his threat. I found myself locked to this county where we lived, to a place where we have no family. The Judge didn’t listen, didn’t want to hear any of it. He asked me if he had ever struck me and I was honest, he didn’t. The judged didn’t think there was abuse if he didn’t hit me. So the judge gave him 40% custody. Every visitation I have to see this man and hand over my child even though the whole reason I left was to keep her (and me) safe from him. I left because I couldn’t bear the thought of my daughter going through what I did. He had already started talking about homeschooling her and demanding that she conform to his ideas and what he wanted her to be. All I want is for her to be safe, happy, and healthy.

She and I are staying with friends, but I was asked to leave yesterday because my child is now a toddler. Again, I thought that we would be safe. No job, no vehicle, no place to live. I am told that if I put her in child care that he can take that time and modify custody. All I want to do is to take my child away from this monster. We are by law stuck in this state, alone with no help.

The judge got it wrong. Emotional abuse is still abuse.

We hear stories like this all too often. Judges who do not understand emotional abuse. Victims who have been cut off from family and friends. They are left to fight all alone and while in a traumatized state. If you know someone who you believe is being abused or who has experienced some of the things Joy has experienced, will you stand by their side? Can you be a healing balm and a strength in their greatest time of need? The M3ND Project helps those responding to victims of emotional abuse and teaches them helpful ways to respond setting them on the path toward their healing.