The 4 Things Present in Every Abusive Situation 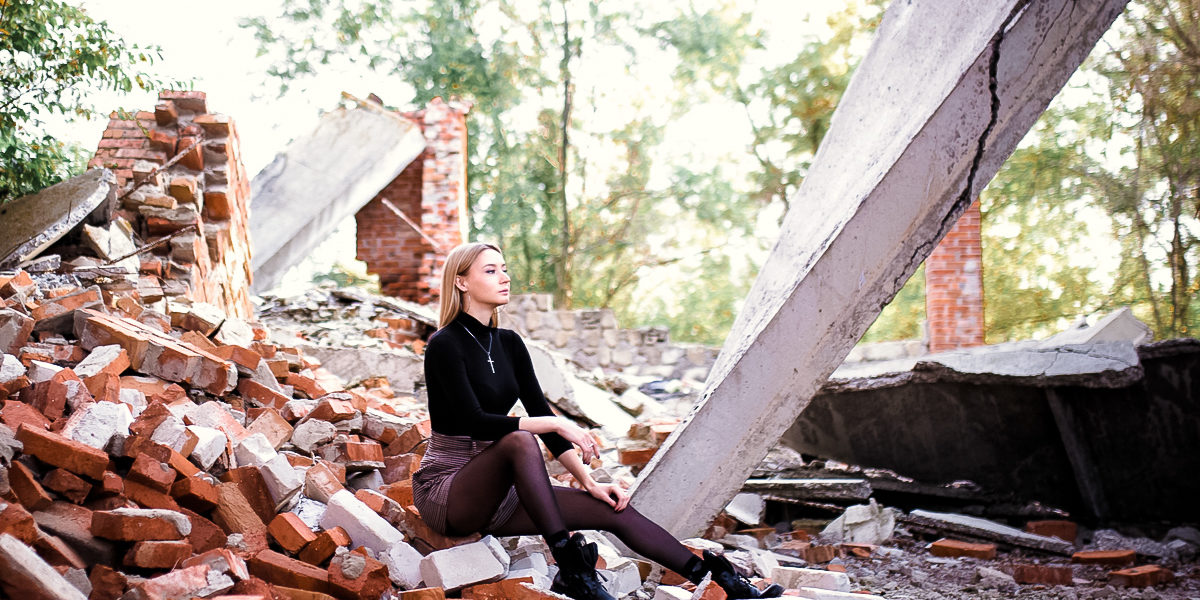 The M3ND Project works to identify and educate on the many faulty cultural and personal structures that make abusive action or inaction possible, especially those that often go unseen, are unnoticed or unknown. To further understand these intricate nuances of abuse, M3ND founder and CEO, Annette Oltmans, conducted extensive research, including interviewing hundreds of victims and reviewing her personal experiences with abuse. During this time, she took note of how regularly she observed the same attitudes and beliefs in perpetrators of all forms of abuse. The M3ND Project names these repeated patterns of behavior the “Pillars of Abuse.” These are the foundational structures that protect abusers from being held accountable for their actions and which sustain covert and overt  abuse. Identifying these pillars helps us to recognize abuse when it’s occurring, and in some instances, see where further abuse might happen if preventive measures are not put into place. It is equally important for first responders to understand them so that they can take action to ensure none of the four pillars are creating an environment within their organization that sanitizes the actions of abusers or fosters a situation in which abuse is sustainable.

Chances are you have experienced or seen at least one of these four pillars in your relationship, at home, or in school, church, the workplace or among friends. As you read the descriptions of each pillar, notice if you recall real-life examples you have personally lived through, witnessed or heard. Take a moment to examine yourself to see if any of these pillars negatively influence your action or inaction under specific scenarios.

Faulty belief systems are moral judgments based on limited or distorted knowledge that causes other people to be oppressed. A faulty belief system can be rooted in cultural background, family system, social bias or even a combination of all three. For example, many cultures believe that men are superior to women. That belief is sometimes demonstrated by limiting the voice of women or not taking their ideas and contributions seriously. People with this faulty belief system don’t see it any other way and have a hard time changing their beliefs. This pillar of abuse often encourages Double Abuse® by a first responder as well. Think of the many public examples we have seen in recent years where institutions minimize and dismiss women’s disclosures of abuse and do nothing to help them.

Another faulty belief system that exists in many cultures finds its foundation in how men are allowed to show emotion. Some boys grow up in homes where they teach the idea that males shouldn’t cry and are shamed anytime they express feelings other than anger, even though the girls around them are allowed to show sadness or pain. As a result, boys raised in this belief system may make fun of other men who show emotions. They could even retaliate in rage or react with violence when someone upsets them because they don’t believe it’s “masculine” to express their emotions in any other way. This faulty belief system can both result in a male abusing his partner or child and in preventing another male who is a victim of abuse from disclosing their personal story of abuse.

A faulty belief system fuels the “reasoning” behind the abuse and can foster Double Abuse®. This is why abusers will not accept responsibility for the severity of their actions or admit their way of thinking is skewed. In the abuser’s mind, they believe they are justified in what they are doing. A faulty belief system, of course, does not change the fact that abuse, including Double Abuse®, is never right. A willingness to change, humility, and possibly therapy are needed for the abuser to identify the error of their ways and change their faulty thinking.

Image management is when a person or an institution protects their self-image at the expense of someone else’s. Abusers manage their image by pretending, or presenting a facade that they have it all together. It’s not uncommon for them to do good things publicly like give to charity, hold open doors for people and show affection to their family. This is a deliberate way to cover up the abuse they are doing behind closed doors. But image management is not only used by abusers to cover up abuse. We have all too often seen corporations, churches, and other organizations go out of their way to protect their public image by covering up alleged abuse within their organization or protecting a high-ranking employee accused of abuse. All of this is at the victim’s expense.

A real-life example of this is Larry Nassar, a former doctor for Olympic gymnasts who is now in prison because he molested many of his patients. One of the reasons he got away with abuse for so long is that he was very good at managing his image. He did this very successfully by developing relationships with the girls’ parents, not only in his professional capacity but personally as well. During Nassar’s trial, several of the victims who testified shared how they considered him to be  a great friend of their families and would often come over for meals or to hang out. Nassar’s strategic image management was one of the many reasons the patients weren’t always sure when he had crossed the line from being helpful to harmful, or whether it was safe for them to speak up. This close connection he created to cover up his image made the damage of his abuse even worse.

When girls came forward to their parents about Nassar’s abuse, most of the parents were hesitant to believe their daughters because they trusted so strongly that Nassar was a good person. The confusing thing for everyone involved was that he did act like a nice guy – when parents were present. But the victims knew it was all a show. What made it even worse was the number of high-level executives who doubly abused these victims by lying and covering up the real facts to protect themselves, their organizations and (intentionally or unintentionally) to protect Nassar. This is why it’s so important to listen to and believe victims. There is often more going on than what meets the eye.

At their core, abusers believe they are entitled to special treatment regardless of the needs of others. Their attitude is such that they think they deserve to be treated better than everyone else, and others aren’t worthy of receiving the same favor. It’s the reason why abusers hurt their victims but expect to be treated well. First responders need to be aware of their personal actions which might be fueling an abuser’s sense of entitlement. When a victim alleges abuse, first responders must not be fooled by the alleged abuser’s sense of entitlement at the expense of the victim. It’s why the abuser may refuse to do things like couple counseling, which requires a willingness to consider where they may be wrong and might learn they do not own a license to do whatever they want whenever they want. Anyone can get caught up in this mentality from time to time, but someone abusive will use entitlement to internally justify their behavior rather than to recognize and repair it.

Special treatment and protection are often given to abusers because of their status, position in leadership, or proximity to one’s social circle. This is a common way that Double Abuse® takes place. Often, abusers aren’t met with consequences for their harmful behavior because communities around them protect them and resist allowing a high-standing offender to face the consequences of their behavior.

For example, imagine a man who is a pastor at a large church. He has grown the church, doubling its size in a short amount of time. Some board members at the church learn that this pastor is not the same person at home as they see at work and church. The truth is he is abusing his wife horribly, but doing a fine job of maintaining his image around them so the abuse is almost impossible to imagine. In catching wind of this, the board members quickly shut down the conversation, stating that the pastor is an incredibly important asset to their congregation, growing the church by leaps and bounds. This display of preferential treatment keeps the pastor protected from facing the consequences of his violent actions towards his wife. The wife is both abused by her husband and doubly abused by the church through their actions.

This is why it is so vital to hold leaders in all institutions accountable and maintain a system with thoughtful checks and balances. When there are too many individuals of the same backgrounds, beliefs and objectives working together, it’s easy for them to engage in groupthink. Groups like this need to be careful to maintain good judgment and standards because it’s easy to go with what the group thinks or wants, thereby prioritizing the needs of the project over the people being harmed, as our example illustrates. This creates a perfect breeding ground for abusers to thrive without consequence or accountability.

These four pillars are the foundational building blocks that allow abusers to rationalize their actions to themselves and those around them. When this faulty foundation is maintained, an abuser (sometimes along with first responders) can blind themselves and those around them  to the manipulative tactics they use to remain in power and keep the victim within their control. By understanding and recognizing the pillars of abuse, victims can gain clarity and pursue healing. Also, it may greatly facilitate the implementation of accountability measures for abusers, particularly where corporations, churches and other organizations refuse to allow the pillars to protect the perpetrators within them. Remaining aware of these things wherever we go enables us to prevent Double Abuse® and become better advocates for ourselves and others.

If this blog has shed light on a situation present in the life of someone you know, we encourage you to gently caution the individual who could be endangered. Let them know that you are there for them if they need a safe space to talk about what they are experiencing. If the one in danger is you, we encourage you to confide in a trusted loved one about what you are going through and possibly seek professional help with a licensed therapist skilled in abuse or your local domestic violence agency. We don’t want you to have to walk through this alone.

Today, we are asking you to share this blog with three or more of your friends, co-workers, pastors, or others who might benefit from the information here. Or, share it on social media by clicking the link to your platform of choice below. As always, we encourage you to read through the pages or our website www.themendproject.com, which provide information and tools regarding abuse and Double Abuse® to you whether you are a survivor of abuse, know someone being abused or are a first responder who desires to become more equipped to understand and address abuse.