Trust your gut. Don’t Be Deceived by The Mask in Front of You 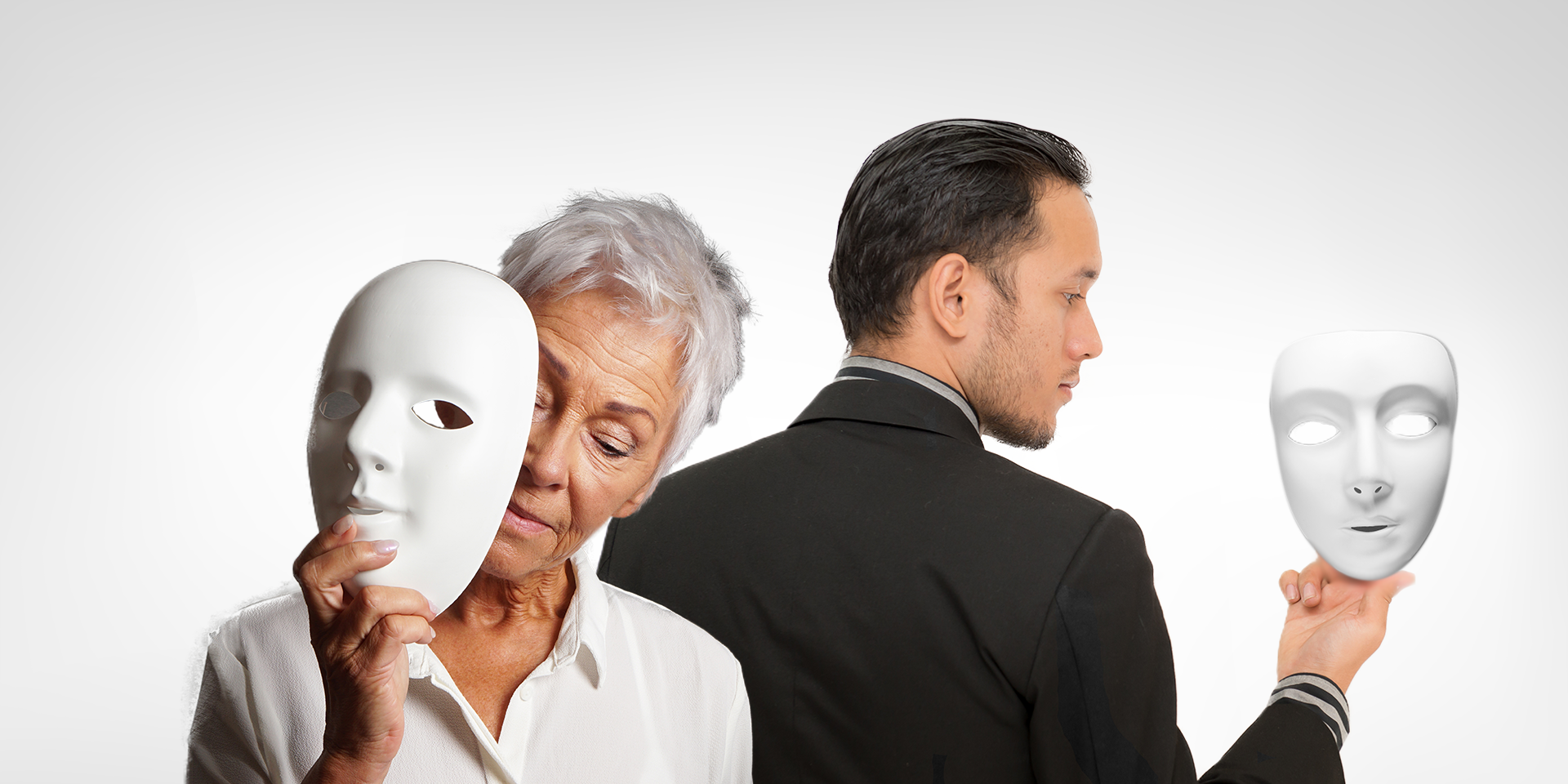 For most of us, when we hear the word “pervert” or “perpetrator,” we imagine someone who fits a specific image. Perhaps, in your mind, abusers look a certain way. Maybe you see them as the tough-looking man or cutthroat woman. Or maybe they look like the creepy neighbor who prefers musty sweaters and old books. The truth is that you cannot spot a pervert or an abusive person based on appearance. They can be male, female, ugly, beautiful, rich, poor, heavyset, muscular, thin or from any culture. They are hard to identify by their physical appearance. They often spend years or even their whole life covering up their true identity to help them get away with inappropriate behavior. They have impeccably managed their image and, on the outside, appear completely different than they truly are because they are excellent at “covering up.”

Most of his friends and even many of his victims described Nassar as a goofy, nerdy, “dad” type. Indeed, even in the photos captured of him wearing his orange jumpsuit in the courtroom, Nassar appears to be a regular guy, sporting glasses and a mopey frown.

And yet, he molested hundreds of girls for decades, fooling patients, their families, his fellow doctors and even the detectives who investigated him into believing that he was a harmless do-gooder. That perception is no coincidence. Like most abusers, Nassar was a master manipulator who spent his days and nights covering up his true self and intentions. His “cover-up” allowed him to destroy many young girls’ childhoods.

Nassar’s widely believed “good guy” persona, combined with the extreme pressure put on the young gymnasts under his care, created an ideal environment for an abuser. The harsh atmosphere where “no pain, no gain” was often recited, compelled them to believe that if they complained or spoke up about any discomfort, they could lose their coveted spots on the team. Additionally, Nassar was so trusted, he wasn’t held accountable; parents and fellow doctors were completely at ease leaving Nassar alone with the under-age gymnasts. These factors made it easy for him to carry out his immoral desires and abuse.

It’s important to know that abusers who are hiding their behaviors will go beyond looking the part: they will actually do “good” things. Volunteering time, donating money, exhibiting compassion and all other actions that society sees as reputable are the sorts of traits abusers will take on to accrue goodwill. These cover-ups are common with emotional abusers, making many first responders question the victim’s claims of abuse. How could it be true when their abuser “seems so nice” and “does so much good”? For Nassar, he had significant goodwill built up between his gymnasts and their parents. When some of the girls came forward, their parents did not know whether to believe them; that’s how convinced they were of Nassar’s good character.

One especially tricky and highly effective cover-up method he used was encouraging his gymnasts to be close to their parents. Fostering family relationships made Nassar seem transparent and trustworthy, and as if he was on the side of the parents; in reality, he was grooming these families and only wanted to win the trust of the parents so that he could abuse their daughters without being questioned or caught.

It’s important to realize that abusers who engage in extreme cover-ups are challenging to identify. It is so important to believe victims and to investigate their claims thoroughly. What we perceive to be true about a person could be entirely built around an expertly covered up identity.

Should you ever be in a situation where someone or their actions seem untrustworthy, trust your gut. If something looks a little bit peculiar, it probably is. Even if conflicting thoughts immediately surface like, “But they’re always so nice; they would never do that,” caution yourself against doing that. Instead, focus on the victim who is speaking up. Choose to believe them and respond accordingly. In time, the truth will fully unfold. It is important to consider that the alleged abuser could be covering up, effectively deceiving you. Especially when it comes to children, don’t risk placing them in the care of anyone who rubs you the wrong way or makes you feel uneasy. And take cues from children who themselves feel uncomfortable around certain adults. Abusers may be skilled in tricking our brains into falling for a false persona, but our initial intuition is our best bet for steering clear from dangerous individuals.

And so, remember to trust your gut and don’t allow yourself to be fooled by the mask in front of you.