Victims of any Age: The Link Between Covert Emotional Abuse and Child Abuse 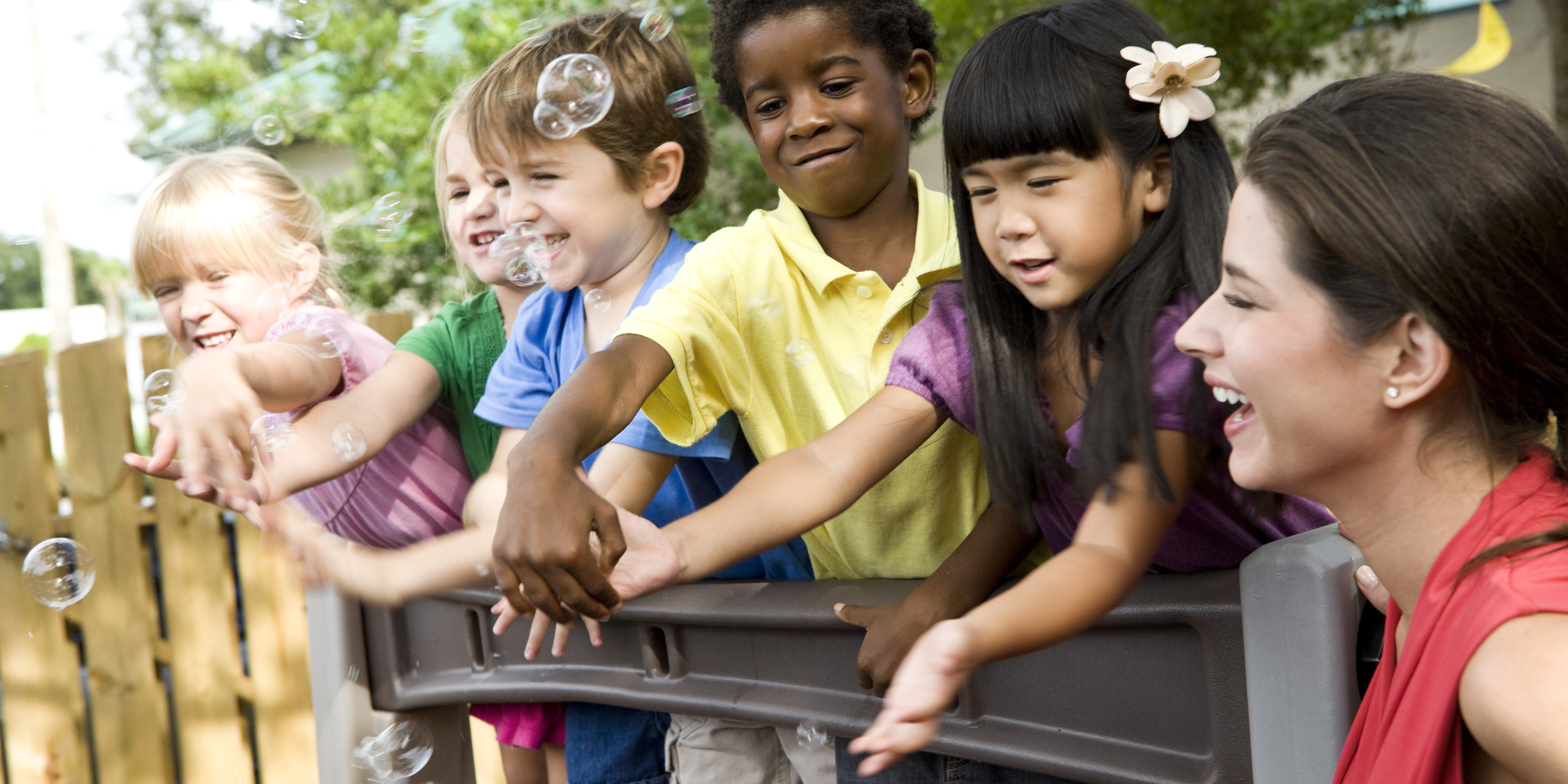 There are many images that come to mind when we think of child abuse. Some may imagine the child in foster care who was abused by their biological or adoptive parents and pulled from the home because the home was no longer deemed safe enough for the child to remain. Some of us assume physical or sexual abuse is at play in many of these cases. Often, the family of origin battles with extreme stress and anxiety, possible addiction issues and perhaps was a victim of child abuse themselves when they were young. While our hearts go out to the abused children in foster care, we often separate ourselves from “those other” families and perhaps even believe that all child abuse is handled by the foster care system.

Still others may reflect upon the numerous news stories we have heard of child molestation in an institutional setting by someone the child and family trusted – a camp counselor, a Boy Scout leader, a pastor, teacher, mentor, or a coach. Some of us may have personal experience with this in our childhood that has taken years to heal from. Most of us at least know someone who has been a victim of one of these forms of child abuse.

But how often do we identify emotional abuse as child abuse? It isn’t usually the first thing that comes to mind. And yet, it is one of the most damaging forms of abuse. We do not for a second want to forget the families who struggle to stay together while they are in the foster care system or the children who never get reunited or find a permanent and safe home. We don’t want to stop advocating for the child victims of sexual predators or taking steps to prevent predators’ access to children. The M3ND Project will not stop. The core of our mission, however, is to educate on the difficult-to-understand and extremely harmful form of abuse, covert emotional abuse. We fulfill this mission through education and training that helps first responders identify and respond to abuse and victims to achieve clarity and healing. And it’s critical for people to understand that covert emotional abuse is a form of child abuse that is happening all around us, not just on the news or within the families of children within the foster care system.

Our team at M3ND encounters more and more people who come to realize in their adult years that the many health and psychological issues they have battled against for years, such as autoimmune disorders, depression, anxiety, lack of self-worth to name a few, are a result of covert emotional abuse they experienced as a child, often through the actions of their narcissistic parent. The challenging thing with this form of abuse is that it is so hard to identify – as compared to physical or sexual abuse, which are overt forms of abuse. Because it’s often covert, we might not recognize it as abuse until years later when the effects of it are firmly within us. Also, the typical first responder or mandated reporter, such as a teacher, is not trained to identify it and might not feel compelled to report it. From the child’s perspective, covert abuse is so subtle that they grow up believing it’s normal (even when it feels bad), that something is wrong with themselves or as if it’s something all parents do when they want their child to act a certain way. And the child just keeps trying harder to perform perfectly in their parent’s eyes. For us parents, if we are being honest, most of us can acknowledge that we have misstepped in our own parenting and harmed our children through the minimization, belittling or other unhealthy behaviors discussed below.

By educating ourselves on covert behaviors, we can learn ways to prevent unintentional harm to our own children. That is a healthy person’s response when they discover something they have said or done is harmful to their child. An abuser, however, takes much more than that to come to the point where they are willing or even believe it is necessary for them to change, if they ever arrive at that place. A parent who is emotionally abusive, consistently and frequently uses various covert tactics to maintain control and power over the child in their care and deny their own culpability. Abuse becomes a way to manage their life and for the parent to objectify their children and feel their own power.

Emotional abuse is a pattern of behavior aimed to weaken the victim’s emotional state by causing fear, humiliation, confusion, shame, or through insulting or denigrating the victim. Over time the victim loses their own sense of reality and believes they are the problem, weakening the victim while empowering the abuser. Covert emotional abuse is the insidious form of psychological abuse that is extremely hard to identify but potently effective. Take a look at these examples of behaviors that are abusive:

Belittling: It amounts to words or actions that make their target feel small, unimportant, or inferior, such as through criticisms, harmful joking at the victim’s expense, or trivializing. This tactic often takes place in private and becomes a pattern over time. It can become even more powerful when done publicly, adding shame and embarrassment for the child. For example, when a child accidentally spills a cup of water and their parent says, “You’re such a clutz.” One time, we might dismiss it as sarcastic joking with the child or mild irritation at the inconvenience of having to clean up the spilled water. But if that same parent makes a belittling comment to the child regularly – when they spill, drop their crayons, trip or do anything that is contrary to the parent’s expectation – the child will begin to believe they are worthless. Always making comments like, “you’re so dumb”, “you’re such a clutz” or “what a cry baby you are” successfully wears the child down, weakens their emotional state, creates insecurity within them and devalues their self worth. Each of these effects leads to the child not trusting their own perspectives which negatively interrupts their emotional development.

Minimization: This is a classic tactic parents use, especially when they are tired. It is a form of belittling through which the victim’s values are deemed unimportant and results in killing their confidence, creativity and individuality. For example, when your child wakes up after having a nightmare and comes into their parent’s room crying and the parent says, “it’s just a dream, silly, go back to bed,” that is minimization. The fear the child has been feeling has been immediately dismissed and ignored, and the child is left dealing with the fear on their own and trying not to be fearful because they have just learned fear is something they are not supposed to feel.

Undermining: Undermining is a sneaky way to squelch joy, effort, creativity, or ideas that could bring positive attention to the victim. For example, when a child makes a special gift for their dad and mom says, “Oh my gosh – what is that? I can’t even tell what it is.” Or, perhaps the child tries to do an act of service by cleaning up the kitchen, but mom’s response instead of “thank you” is “oh, great, you couldn’t even do this right, so now I’m going to have to do it myself.”

Withholding: Withholding is a refusal to communicate, listen, or rejoice in one’s good fortune. It’s a refusal to express love or affirmation as a punishment and a way to control the victim. For example, when a parent says, “I don’t want to hug you now” after a child has done something to upset the parent. And when that parent continues to ignore the child for extended amounts of time, gives them the silent treatment, and refuses any physical form of affection or words of affirmation toward the child, it is abuse.

These are some examples of covert forms of abuse. There are also more overt forms of emotional abuse such as yelling, name calling, insulting, or threatening violence, even if the threat is never carried out. Any of these covert or overt behaviors in a pattern is abuse. All are harmful in isolation even if technically not abusive. The more we recognize the harm that our words and actions can cause, the more likely we are to change our behavior. That said, many abusers refuse to recognize (or care) that their behavior is harmful and will choose not to change.

If you are concerned that emotional abuse is taking place, we encourage you to take a look at the terms of covert behaviors found on our website. The link is in the resources below. Many therapists and other first responders use this list of terms with their clients to help them see on their own behaviors they might be experiencing or performing. Become familiar with these terms and consider sharing them with your friends. If you do, the best way to go about it is to share with them how helpful this tool has been in your own parenting, or in helping you approve communications within an important relationship you have. This will avoid putting them on the defense. These terms and definitions might give them the clarity they need to understand behaviors that are harmful for their children.

You will also find our Healing Model of Compassion and Accountability Model of Courage helpful as you walk alongside someone who is being harmed or who is harming through abuse. And, if you need additional information or would like to go through one of our trainings, please sign up. To find out more click the link in our resources section.