The Common Thread Found In Primary and Secondary Abuse and Its Consequences
May 25, 2018

All forms of abuse involve bullying. Bullying is the common thread found in both Primary and Secondary Abuse and their consequences, which include endemic and culturally biased responses. Bullying, as a stereotype, is usually seen as schoolyard misbehavior – such as physical confrontation taking place mostly between boys, from toddlers to teens, or cruel taunting and relational bullying between girls. It can also be seen as a drunken husband unleashing physical abuse upon his wife. To conceptualize bullying in a cliché way, or to separate it into discrete categories to make it ‘manageable,’ is to make the mistake of obscuring its true nature and its profound layers of impact and repercussions.   READ MORE

Covert Emotional Abuse has many layers. It is confusing and easy to deny. Those who employ it, unconsciously or knowingly take steps to avoid being caught. Rewriting history is one way they step out of the story. Practicing oneupsmanship, causing others to feel inferior and reversing blame, shifting guilt onto the innocent, allows them to feel little or no guilt themselves.   READ MORE 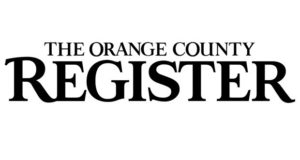 2 Orange County women reaching church leaders and others on how to help when abusive treatment
December 26, 2017

Annette Oltmans wanted the people in her faith community to listen and take seriously the emotional abuse that had come to define her marriage.

But when she turned to the leaders of a couples’ Bible study group she and her husband attended, Oltmans felt dismissed.

Worse, it seemed like she was being blamed for her husband’s behavior.   READ MORE

, a nonprofit organization who focuses on ending “Double Abuse™,” announced today the launch of its website and curriculum. It is designed to educate, equip and restore all those impacted by Primary and Double Abuse. This secondary layer of abuse, which

has coined “Double Abuse,” occurs when a person who is experiencing “Primary Abuse” physically, emotionally or sexually, reaches out for help. Instead of being received with compassion, empathy and acceptance, victims are often judged, not believed and ostracized by family, church or professional communities. Double Abuse™ can also be used to describe incorrect therapeutic treatment and spiritual abuse.