A Story by Dissociative Scapegoat 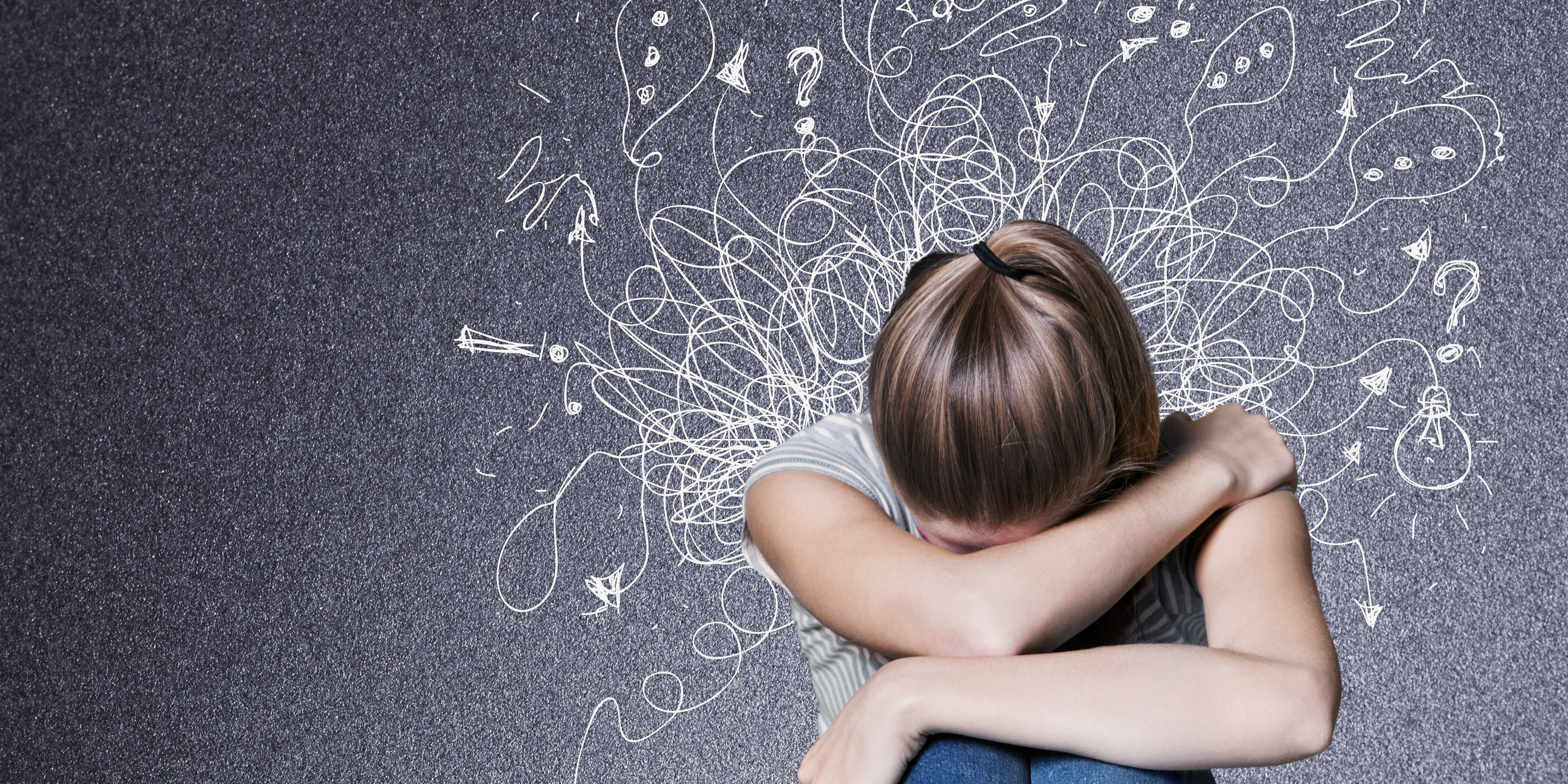 Today, we share with you a story from someone who refers to herself as “Dissociative Scapegoat”. She is a woman of great strength and deep determination and love. She shares honestly and vulnerably about her journey as a child victim of abuse by her mother who the authorities never believed; always the scapegoat. When she realized the cycle was repeating itself with her own children, she took courageous steps to ensure they were protected. Her story reveals an amazing journey through significant trauma into healing. Today, she seeks to help others get the healing she herself has obtained.

I come to you with a dream, in crisis, dysregulated, isolated and with a very stubborn dissociative disorder. Somewhere between “I’m no longer who I was” and “I’m not yet who I’m becoming”. Normally I would be ashamed and try to hide this truth for external validation or acceptance. I find that most people are afraid of themselves, or rather, the parts of themselves that fear they will not be accepted by their peers. The truth is that I became dysregulated, retraumatized and left with nothing but the clothes on my back when I asked for support with my trauma. In a dangerous world, I would blame myself and for many years I did, faltering back and forth with varying realities as many of us do. Lucky for me, I had a dissociation-informed therapist, who specializes in structural dissociation, EMDR and somatic trauma therapy. She pointed out to me the disconnect between bureaucracy and dissociation. Unfortunately, by then it was too late for me and my family.

I always had a dream to make the world a better place. I was only 4 years old, the first time I ran away from home to start a better life. What world would be better to start with, then your own. Growing up, healthy boundaries were viewed as threatening. Making an observation, expressing an expectation, refusing to be involved in chaos, or expressing a different viewpoint could likely lead to you being labeled as mean, funny-acting, or even lead to punishment, abandonment or scapegoating. Not going along with the typical chaos would seem like I was trying to make waves in the family. The truth be told, you are making waves that disrupt the cycle of dysfunction. I have always been determined and much of a dreamer.

One night, I decided I was finally going to gain the courage to run away and that I was going to find a new mom and family. As I was walking back on the sidewalk, after visiting my favorite park, someone on their porch spotted me and asked me loudly where my parents were. After all, I was only 4.  In fear of being kidnapped or getting in trouble, I ran straight home where I found my mother hysterical and in tears along with many police officers asking how I left the home. I explained that I got my little brother to lift me up high enough to unlock the front door so I could leave while my mother was still sleeping in the early morning. After explaining what happened, the police left. No one ever asked me why a 4-year-old wanted to leave her mother.

The police returned at age 13 when I began hiding in the bathroom with the house phone because I feared for my safety. I called 911 and told them I wasn’t safe; that my mom wouldn’t listen to me or my truth. They would show up, time and time again until suddenly they began taking me, the child, to detention. The next time they returned, it was because my mother called them. I irritated her demons which she fought so hard to hide and was willing to do whatever it took to keep them hidden. Always reminding me she knew how to not leave marks others could see, she sat on me and pulled me down by my hair demanding I, “just give up, you’re not going to win”. The officers came to my house and didn’t believe me or show any compassion for what I was experiencing. That was when I broke, having to go to juvenile detention, a second time.

By the third time I was taken to juvie, I remember being in the back of the cop car and crying dramatically, then suddenly my face stopped. I was done. I knew that was enough and that I had to be there for myself. My mother had already kicked my brothers to the curb for standing up to her by living with their dad. My father was killed in 1992 and I was convinced that my mother did not love me. I wiped my tears with my shoulders (my hands in cuffs behind my back in a plastic hard seat), and somewhere inside I decided the woman I called mom would no longer hurt me. Ever. Again. I became dark and cold and self-medication became my focus. What was left of me, was gone. I grew up within the criminal justice system and I was Oregon Youth Authority by age 16. My only real shot to finally leave my home ended up being a youth parole program after my first attempt at suicide. Nobody knew I was suffering from complex Post Traumatic Stress Disorder and Dissociative Identity Disorder. Nobody knew or recognized the signs, including myself.

I didn’t begin to find true healing until I was released from probation at age 22. This is when I finally focused on myself and my true needs instead of the needs of probation or my mother. After three to four years of DBT/CBT and addiction therapy, I was pleasantly surprised by the description of ego state therapy by a therapist I saw on Psychology Today. This woman became my therapist for 4 years and helped me significantly.. This I knew, was what I was always looking for and what made sense to me. I was eager to heal, eager to be someone that was heard and accepted by society, however, I still felt stuck, complacent and empty.

For a couple years my ego state therapy went on with great success, until we started hitting distractions and amnesiac blocks. I was beginning to notice more of my mother coming out of me and my children were living enough of my truth to make me uncomfortable. I had a keen ability to see behind the curtain and the similarities between their trauma and my own. I could not stop blaming myself for my lack of control of my rage or for the suffering I saw on their faces. I struggled with people not taking me seriously enough or taking me too seriously when regarding my rage and my children.

My system tried to keep this truth from me, I know because I bulldozed, yes I did. To find myself here, now. With a dangerously painful truth that is probably the most freeing and scary to admit. I could not control the unconscious energy passed down and the more I tried, the louder it got. Trying to find my feet as I integrate, not only the truth of my story, my intuitive nature, my mother’s story, my ancestors’ stories, the stories of my past lives and most importantly the truth as a society: That we have been forcefully and fearfully disconnected mind, body and spirit. We have been oppressed for hundreds of years.

In my attempts to save my children from my darkness, I opened a voluntary case with CPS. The “safety support” people consisted of people in our circle who could pass a background test and agree to rush and help me in case of an episode.  This caused further misunderstanding of my dissociative symptoms as I actively informed them of my discomfort and safety concerns. This resulted in a historic episode, immediately sending me to the ER and asking for naltrexone, an opiate antagonist that has been known to help with dissociative symptoms of all kinds and was a possible next option for me. Ultimately, my therapist told them several times that I was mentally stable, and they couldn’t figure out why she would say that from what I was telling them. I was an open book. My attorney and I were able to get CPS to close the case, agreeing it was what was best for myself and my family. However, my family was spending upwards of a thousand dollars a month to have trauma informed Nannies there for emergency purposes, causing money issues and more stress for myself and my ex-partner.

Shamefully, my partner at the time later had the police arrest and detain me. I remained silent successfully keeping my children out of state custody. As I had been painting their father as the ‘safe’ parent under attorney’s orders after attempting to allow myself the safety to be weak. I no longer have contact with my children.

I had absolutely no idea I was being oppressed or retraumatized, and neither did anyone else. I spent most of my time trying to describe my dissociative symptoms. I was a mother with regular painful Ovarian Cysts, Pelvic Congestion Syndrome (Chronic Pain), Premenstrual Dysphoric Disorder, Complex- Post Traumatic Stress Disorder (Chronic) and Dissociative Identity Disorder. Forcing myself to open up to healing generations of trauma who just wanted support and to be seen.