Are You Biased Against Men? 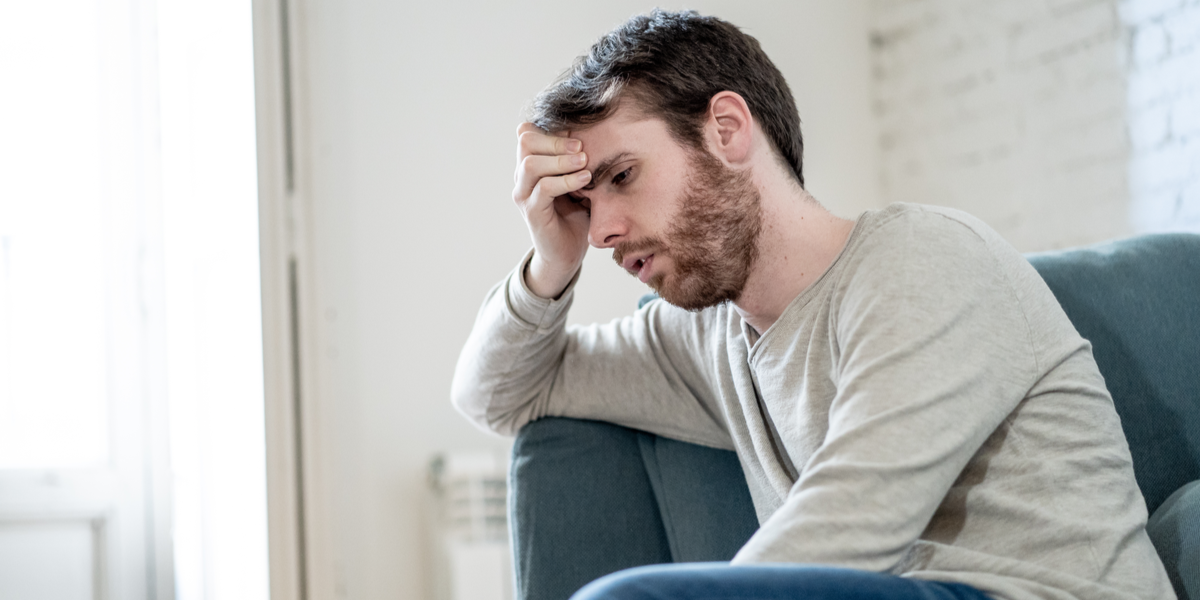 Are you biased against men? No, really, are you? This is not a question typically asked but when it comes to domestic violence, this is an important question. At The M3ND Project, we believe that unconscious biases hinder our ability to see, hear and believe victims of abuse. Gender biases are a common barrier to a responder’s ability to recognize trauma and abuse. Frequently, as a society, we highlight bias against women. When a woman discloses abuse, she is often minimized and may be seen as overly sensitive or emotional or it is assumed she is either lying or grossly exaggerating her story. It’s important for us to expose the cultural blinders against women so female victims of abuse are empowered, not trivialized due to bias. This is an essential component when M3ND trains anyone responding to abuse.

But what about men? Far too often, people believe men are not – actually that they cannot be – victims of domestic violence. In many cultures, no matter what a man says or does, any confession by him will be assumed to be a lie. He will be seen as the real abuser. Or for some men, what is worse is that he may be believed but will be mocked, even bullied, for allowing a woman to exert such power and control over him. He will be shamed and viewed as a weakling all while not being taken seriously enough to justify being helped. We call this Double Abuse, which is the harm that a responder causes when they judge, silence, shun, criticize or mock a victim in response to their disclosure of abuse. The reality is that there is such strong judgment against male victims of abuse that many never report abuse or, if they do, they do so anonymously. Men also face exceedingly strong challenges to getting the help they need. Often, when a man asserts his position as a victim, whether it’s with family, friends, therapists, or possibly in court, the responder wonders first if he is the real abuser. This is especially true in a heterosexual relationship because of the assumption that women aren’t abusers or that men always are hiding their own abusive actions by blaming the woman.

Although we know women are the most common victims of abuse, statistics tell us that about 40% of domestic abuse cases involve women abusing men. This number is likely even higher in light of so many men’s refusals to report their abuse. Psychological abuse is the most common type of abuse on a man from a female intimate partner. Women and men can be as emotionally abusive towards men as they can be towards women. Physical and sexual abuse are much more common within same-sex partnerships but can happen within heterosexual relationships as well.

Emotional abuse against a man is the same as when it is against a woman. It can be overt, such as through yelling, name-calling, and threatening them in ways that cause fear. For example, they could threaten to accuse them of assaulting them or their children to compel them to act the way the abuser wants them to act. Some abusers threaten suicide to gain the victim’s compliance, compel them to remain in the relationship, or silence them.

Covert psychological abuse is also common. This includes harmful behaviors such as gaslighting, lying, false accusations, minimization, withholding, and others. (See Resources for a comprehensive list of behaviors). The psychological abuser, whether using overt or covert forms of abuse, seeks to break down a man’s confidence and cause him to lose his sense of self-worth and dignity. The abuser often takes action that isolates the victim from friends, family, or other support, including through control of their finances. Over time, the abuser successfully implants self-doubt in the victim, causing them to wonder if they are the “crazy” ones.

The challenge in these situations is that it is all too common for both individuals in a couple to accuse the other of abuse. So, how do you know who the real abuser is? The point we are making today is not to start with an accusation simply based on gender and to recognize that either male or female are capable of being an abuser. Both can be victims. In all abusive situations, it’s important for those responding to know when harmful acts are being caused by an abuser or if someone is acting in their own defense against abuse. As we discussed in last week’s blog and July’s training intensive (See resources for links to both), which you should definitely review, over time victims may fight back to defend themselves from ongoing physical, sexual, or emotional abuse. Often, their defensive actions appear abusive or extreme from the outside. These types of actions do not constitute abuse or suddenly turn a victim into an “abuser.” In contrast, abusers have entrenched faulty beliefs and feelings of entitlement rooted deep within, emboldening them to employ manipulative tactics so they can maintain power and control. It’s also vital to understand the physical and emotional signs of trauma victims display in order to identify who the victim and abuser are within a relationship. Understanding these things will help you to identify when the actions are helping a victim to defend themself or when the actions are part of an abusive pattern of behavior.

So, why do men stay in emotionally abusive relationships? The toll of ongoing emotional or other types of abuse on a man’s self-worth is significant. Moreover, the stigma he believes he will receive as a male victim of abuse may debilitate him. If there are kids involved, he may fear losing custody because it will be assumed he is the abuser; yet leaving without the children gives them no protection from her abusive behaviors. So he feels stuck. Feelings of dependency on his abuser may also play a part. Or possibly her threats of suicide, false accusations, or harm to their children if he leaves will prevent him from making a move. Finally, the lack of available services directed at male victims of abuse can be stifling and cause a man to stay put.

For a man finding himself in this situation, it’s important he gets the help he needs even if he chooses to remain within the relationship for now. Professional therapy can play an important role in healing and connecting male victims to the right resources. Before starting therapy, we recommend interviewing potential therapists to determine whether  their training in domestic violence, especially covert emotional abuse, and trauma include considerable post-graduate work. Also, they should ask the therapist’s opinion about men as victims of abuse. If finances are an issue, men should contact the national domestic violence hotline at 1-800-799-SAFE (7233) to find free or low-cost resources near them. Also, local domestic violence shelters are usually incredible resources for any victim of abuse. Many offer services above and beyond providing shelter including legal assistance with filing restraining orders, counseling, personal empowerment courses, and more.

We believe healing is possible for any victim of abuse. As someone who is being impacted by abuse or who is assuming the role of the responder to abuse, education is essential. Join our upcoming Responding to Abuse training cohort of our comprehensive virtual curriculum. This seven-week online course includes a written curriculum, video recordings, a support network of like-minded individuals addressing the issue of abuse, and one-hour weekly live sessions with our founder Annette Oltmans. During this time you will get tools and first-hand knowledge of how to identify hidden emotional abuse as well as equip and restore all those impacted by abuse. Registration closes on August 29, 2021. We’d love to see you there. Space is limited so sign up today!

Watch out our latest webinar on Vicarious Trauma ~ https://themendcourse.com/webinar/

Couples Counseling Part 1: When it Helps vs. When it Harms- https://themendproject.com/couples-counseling-part-1-when-it-helps-vs-when-it-harms/