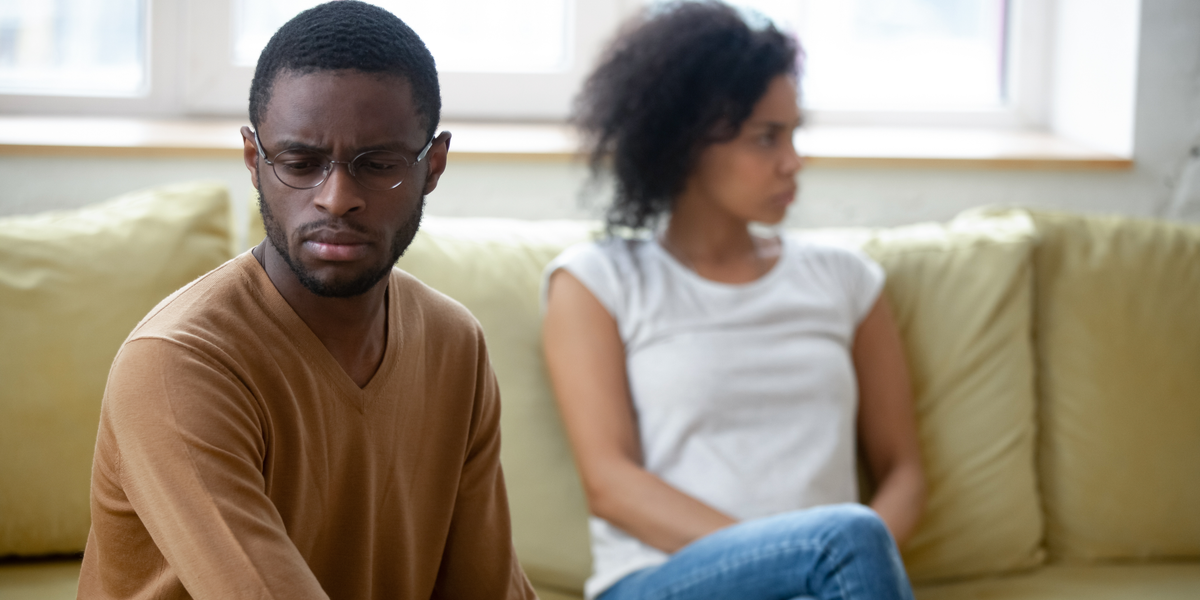 I sat there listening to my friend tell me everything she had been going through in her relationship for the last 10 years. I couldn’t believe my ears. All this time, I had assumed she was one of those women who willingly isolates herself within her man’s world leaving her friends far off while the romance is strong. Whenever I saw her, she seemed a little shut down, maybe even “off” but I attributed that to our distance plus she never said anything about her relationship. When I first met him, he seemed really charming and fun. But ever since they got married, I didn’t get to see her much. It seemed they always had something else going on and she eventually stopped socializing with our group of friends. Today, she’s telling me story after story of how he controlled, manipulated, and abused her for years. I just can’t understand why she – a smart, strong, wise person – would remain in that relationship and keep silent about his mistreatment for all these years.

As an outsider, it can be hard to understand why someone who used to share their secrets with you suddenly stops and hides details of their relationship. The victim before you now may not resemble the friend you felt you knew. You might actually think to yourself, “I would never allow myself to be in that situation.” But if you were, you may believe, you would never keep silent. You would certainly reach out to your friends for help. Before you continue on this train, it’s important to remember that abuse doesn’t happen all at once. Most abusive relationships begin with an incredibly positive and romantic beginning when the victim attaches themself to their partner. Over time and in the subtlest of ways, abusive behaviors begin to take place, one by one. This is the grooming stage of the relationship.  An abusive relationship doesn’t start with a punch. It isn’t as obvious as one might think. Eventually, over time and as a result of many failed attempts at conflict resolution, the victim feels compelled to remain silent. They are overcome with self doubt and confusion. It’s not uncommon for victims to fail to understand the dynamics of abuse or grasp the definition of domestic violence. Abuse happens to all types of people. It is not a discriminator of persons. Victims can be from any gender, ethnicity, economic status, or educational degree. Whatever their background, victims struggle with speaking out about their abuse. Often, they feel shamed or fear and coerced into remaining silent.

There are at least three compelling reasons why victims keep silent while they are in an abusive relationship: 1. Fear of Retaliation, 2. The Stigma of Abuse, and 3. Double Abuse. Let’s unpack these three reasons why victims choose silence over seeking help. As you read about these three, we hope you will gain compassion for the person in your life who is experiencing psychological or physical abuse. If you are a victim or survivor, we hope you are validated and find grace for yourself.

The Fear of Retaliation

Other times, the abuser might threaten the victim with physical violence, harm to their children, or destroying the victim’s reputation or career. For a victim living within the abusive dynamic, they know from their experience that the perpetrator is likely to follow through on their threats should the victim disclose to anyone outside of the relationship. Fear silences the victim.

Finally, even without overt threats of violence, the victim instinctively knows and believes they will be punished if they speak to anyone else. They live in an ongoing state of fear and stress due to the destructive dynamics of their relationship. The fear that telling someone else might escalate the abuse effectively silences the victim.

The Stigma of Abuse

Once the victim gains a little bit of confidence and considers speaking out about the abuse, the “Stigma of Abuse” causes them to reconsider. It remains a reality in our culture that many people view victims with disdain, disbelief or disregard. They don’t understand abuse nor are they knowledgeable (let alone empathetic) about how people end up in destructive relationships, making how they respond harmful to the victim (discussed below). We have all seen many examples in the news when victims come forward and their social or professional communities’ often vitriolic response to all those who speak up against their perpetrator. Think Dr. Larry Nassar and USA Gymnastics. Time and again, the victim becomes the accused within their surrounding circles. Although most victims will not have to share their story on a public platform, the message to victims has become clear that many people do not want to believe that abuse happens.

People within actively abusive relationships over time lose the strength of their self-identity and struggle significantly with self-doubt. Most often, their abuser has been demeaning them consistently over time. They blame the victim using various false justifications. This makes the idea of exposing the secret life of abuse they have been living exceedingly difficult for the victim. This vulnerable state coupled with the stigma of abuse, makes it nearly impossible to believe they will be well-received when they disclose to another. Until the victim becomes so desperate that they are willing to risk judgment, it may seem easier to them to remain silent.

Far too often, when the victim finally finds the courage to reach out for help they are minimized, not believed, blamed, judged, ostracized, shamed and silenced. When a person responds this way, we call this “Double Abuse.” We call it Double Abuse because the response harms the victim further and creates a sense of hopelessness and despair, exacerbating their trauma symptoms often escalating PTSD into Complex PTSD.

Those responding to victims’ narratives might carry unconscious biases against those who claim to be experiencing harm. They might be ignorant or ill-informed about healthy ways to respond to a person who has been abused. Whatever the reason, these types of responses need to be stopped. The M3ND Project was founded by Annette Oltmans, in part,  to combat Double Abuse after she noticed it was a common thread within each individual story in every interview she had with hundreds of victims. Our team continues to see this thread in nearly every story shared with us.

The victim has learned or instinctively knows they have much to lose from speaking up and reaching out for help. What happens for the victim is that they fear being rejected, disbelieved, shunned or blamed. It is hard for them to imagine how to heal or leave an abusive relationship without validation by a supportive community. The fear of losing that community is enough to stop the victim from reaching out. Victims instinctively know they cannot heal in isolation. And there IS healing on the other side.

We share these reasons victims remain silent with you in the hopes it will enlighten you and increase your capacity to have compassion when a victim comes to you seeking help.  It’s essential that you do not become the person who silences them further through harmful responses like unsolicited advice, interrogating questions or pressure to take action.. Know that you have an opportunity to be the light that leads a victim to safety and healing through a compassionate listening ear, empathy, validation and the patience it takes to allow victims to make choices that best fits their needs in the time they alone choose.   Check out our resources to learn how to become better equipped

The M3ND Project is excited to announce its first free training of 2022. Silence! When bystanders silence victims or remain silent. Our founder, Annette Oltmans will go live on Tuesday, January 18th, 11 AM (Pacific Standard Time) covering, “Silence! When bystanders silence victims or remain silent.“. During this training intensive, M3ND Founder, Annette Oltmans helps victims and first responders recognize the damaging effects silence can have in cases of abuse. The M3ND Project will be streaming live through Zoom to Facebook. Register today to join us on Zoom and take part in the engaging Q&A. Or, tune in on our Facebook page live. Zoom seats are limited, so sign up today! We hope to see you there. https://us02web.zoom.us/meeting/register/tZYvdOurqzguHdwpu0JaBNYMqqOdqx6J4LFm

Sign up to receive information about our special March Training Cohort for Victims of Abuse- https://themendproject.com/i-want-to-help-someone-being-abused/gain-tools-to-respond-to-abuse/

As we start 2022, The M3ND Project would like to thank you for your constant support. The M3ND Project is a 501(c)3 nonprofit organization that relies on charitable contributions to educate, equip, and restore those impacted by abuse. We educate on covert emotional abuse and train individuals and organizations on the frontlines who are addressing and responding to victims. Please consider helping us continue our work by making supporting our Giving Tuesday campaign with a small monthly or one-time donation. https://secure.givelively.org/donate/m3nd-project-inc/become-a-monthly-m3nder-2022