Blowing Things Out of Proportion: Why Partners Who Catastrophize are Abusive 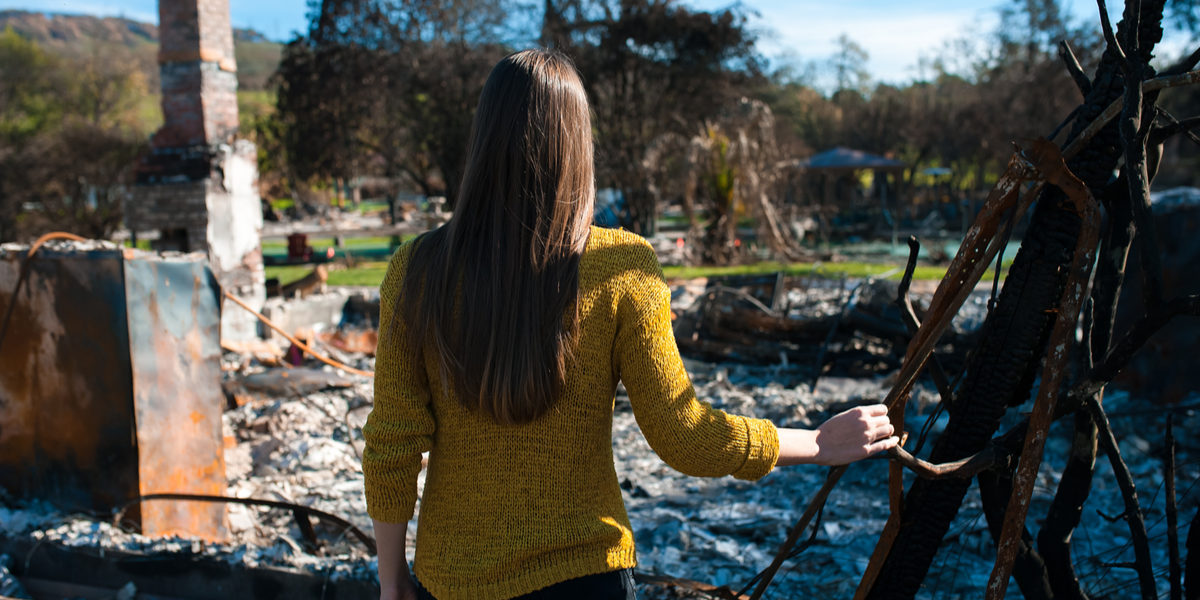 Being in an emotionally abusive relationship can be an incredibly isolating experience. By nature, Covert Emotional Abuse (CEA) is subtle, difficult to detect and hard to confront. Many CEA victims are left suffering without having a clear understanding of why everything is challenging and complicated. For these men and women, knowledge is the most freeing and empowering thing they can gain. Learning abuse terms and how they manifest within relationships often provides the clarity a victim needs in order to identify the tactics being used by their partners against them. Clarity is the first necessary step in a victim’s healing journey, often empowering them to set healthy boundaries against such behaviors or to leave the abusive relationship altogether when change does not take place.

Today, we are talking about catastrophizing, one covert behavior that may be used to harm others. Catastrophizing is when someone instills fear and a negative co-dependence in another person by blowing situations out of proportion or inventing the worst possible outcome. The person who is causing harm through catastrophizing may use this tactic in an attempt to justify their own angry or egregious responses to situations. Catastrophizing is often used to falsely shift the abuser to the victim position and it may be used to cause fear or insecurity in the mind of the victim immobilizing them and keeping them dependent on the relationship.

In addition to intimidating victims into staying with them, an abuser may utilize catastrophizing to cripple their partner’s sense of security, making them perceive situations inaccurately. In reality, that kind of relationship is far more debilitating than most as it strips the victim of their independence.

Consider the following examples of catastrophizing and examine if you have experienced similar situations in your relationship, or have witnessed it happening to someone you love:

Chantelle’s boyfriend is emotionally abusive in many ways. For example, he withholds affection and refuses to acknowledge her pain. He also breaks his promises to do better by her, always saying “I’m sorry,” when she expresses a complaint about his behavior. But he never actually changes his ways or takes steps to avoid making the same mistakes in the future. Over time, these patterns have worn down Chantelle, making her feel unloved, unappreciated, and insignificant as she feels like her partner has trained her to expect the bare minimum and nothing more. One day, when her boyfriend breaks yet another promise to change something, Chantelle finally cracks.

She raises her voice, crying in frustration, and yelling about how she feels. Instead of taking responsibility for his actions and giving Chantelle a safe space to be upset, he deflects blame back onto her, saying that she is abusive and crazy for yelling and crying. He claims that he no longer feels safe being around her, can’t believe she would do this, and suggests that she needs immediate intervention and therapy.

The result is that Chantelle’s perception of herself is wrongly shifted, her self-confidence cripples, and she becomes even more subservient to her boyfriend, mistakenly believing that she is the abusive one in need of his forgiveness. Catastrophizing, as this example shows, allows the abuser to place themself in the role of victim, causing greater confusion and chaos for their partner.

Marcus and his fiance, Allison were out with their friends one night when Marcus got pulled to the side by one of his buddies who had received bad news about his job that day and was upset. Marcus asked Allison if she was fine with him heading to the bar and having a beer with his buddy for a little because his friend was feeling down. Allison said it was fine, “no problem.“ He spent about 15 minutes hearing how his friend lost his job and then they both returned to their group and hung out for the rest of the evening. He noticed he was getting the cold shoulder from Allison and as they walked out to go home, she was furious at him. She said she was so embarrassed that he left her for so long – it made her look like an idiot. She told him she couldn’t trust him, that she knew he was saying bad things about her. She told him she knew he didn’t really love her. She accused him for being with her only so he could make other women jealous. Marcus was so surprised by her catastrophizing response especially because he had made a point of asking her permission to spend 15 minutes with his friend and she had agreed. But now she was turning it into something else and acting as if she was the victim and he betrayed her. It almost felt to Marcus that she tricked him into doing something just so that she could explode about it. They had been through this so many times before and it always ended up that something he did was unintentionally making her believe he didn’t love her. “Why can’t he get it right,” he thought. He was so confused and didn’t know what he had done wrong or how he could convince her of his love. He was determined to try harder to make sure this didn’t happen again. He never should have left Allison’s side, he thought. Then, he would not have hurt her and they would be OK.

In this example we see how Allison has turned the event into something it wasn’t, blowing the incident out of proportion. The conclusion Marcus reaches is that it is his fault that she feels the way she says she feels. He decides that he cannot leave her side when they are out which creates unhealthy codependency and forces him to choose her over his friends in all circumstances.

Although these are merely a few examples of how an emotional abuser may catastrophize, they each have the same result: the victim is falsely blamed, the abuser becomes the victim, and the true victim becomes less confident about their perspective as they try to appease the abuser.

Survivors of this kind of abuse confirm how damaging it can be on an ongoing basis within a relationship. According to one study from the National Library of Medicine, children who grow up in abusive households are very likely to carry catastrophizing behavior into adulthood. This is another reason why it is so important to understand covert behaviors enough to be able to identify and prevent them early on. The clarity that knowledge provides allows the victim to construct healthy boundaries against abusive behaviors and empowers both individuals to take necessary steps that can change their behavior if they choose to do so.

Covert behaviors can sound simple from the outside, but remember when just one emotionally abusive tactic is repeated over and over in a relationship, it qualifies as abuse and can be incredibly damaging, both physically and psychologically to the victim. It does not make someone weak or unreasonable to experience negative personal and relational effects as a result of catastrophizing.

If you know someone who experiences catastrophizing behavior within their relationship, consider forwarding this blog or directing them to our website. If you would like to learn more about CEA, subscribe to our blog and follow us on social media, where we educate on abuse to equip, empower, and restore victims.

Childhood Trauma and Pain and Pain Catastrophizing in Adulthood

As we move into the middle of the holiday season, The M3ND Project would like to thank you for your constant support. The M3ND Project is a 501(c)3 nonprofit organization that relies on charitable contributions to educate, equip, and restore those impacted by abuse. We educate on covert emotional abuse and train individuals and organizations on the frontlines who are addressing and responding to victims. Please consider helping us continue our work by making supporting our Giving Tuesday campaign with a small monthly or one-time donation here: https://secure.givelively.org/donate/m3nd-project-inc/become-a-m3nder-2020