The Power of Money: How to Identify Financial Abuse 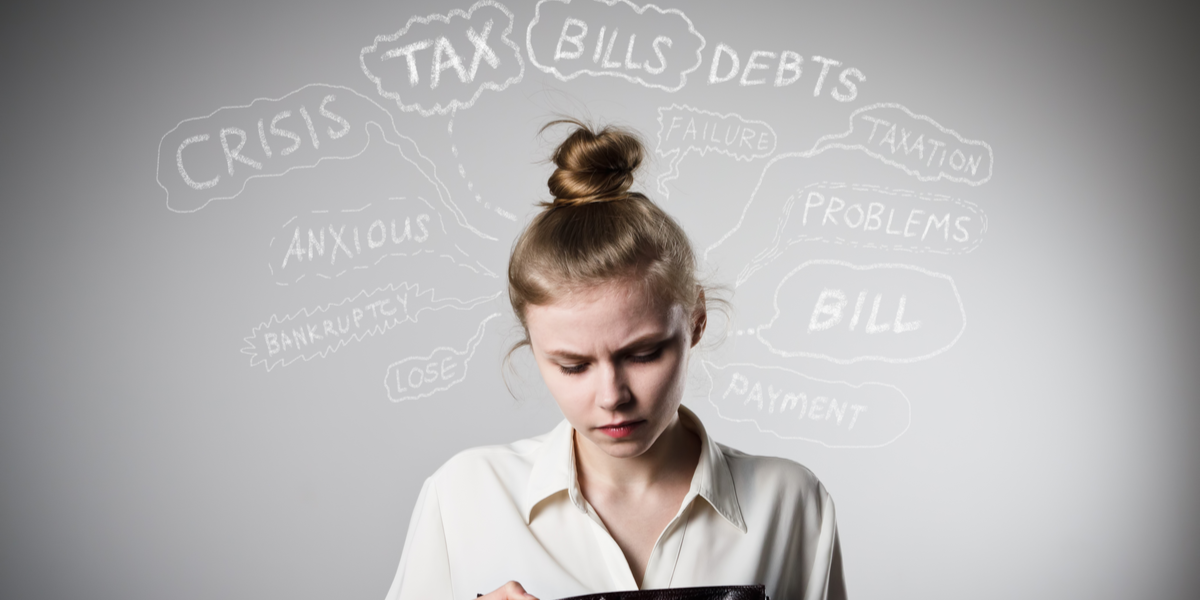 Until I left him, I really had no idea that how my husband was treating me with respect to the handling of our finances was considered abusive. He told me early on in our relationship that I didn’t need to work and that I should quit my job. But I liked my job, so I refused to quit. That’s when he told me to sign over my paychecks to him. I thought he was trying to care well for our family by managing our money; it was one of the ways he tried to love me. Little did I know that it was simply a way to control me. He kept some separate accounts for me and him, and I was required to pay for certain things out of “my” account, which was limited in funds. He refused to show me his pay stubs even though I was required to show mine to him. All bank statements, utility bills, mortgage statements, and credit card statements went to his office, so I never saw them. He said it was easier to handle the accounting from the office. Once, he wanted us to go on an expensive vacation overseas, but I told him I couldn’t afford that out of my funds. So he purchased the tickets out of other funds he referred to as “his.” Once we were on our trip, he made me beg him to buy me a bottle of water because “my” funds were depleted by household expenses, and then he mocked me for not being able to pay, calling me “pathetic.” Meanwhile, he bought two fully-loaded Porsche Cayennes without discussing it with me. The cars would just show up in our driveway. Clearly, “his” account was far greater than mine.

In retrospect, I now see how stressed and dehumanized I felt by the way he treated me through financial control during our marriage. I began unraveling what was actually happening when I accidentally found out that he opened 2 credit cards in my name without my consent and charged large amounts on them. When I confronted him about it, he got furious with me. I later learned that he also racked up extensive credit card debt of his own without my knowledge. He even maxed out credit cards he cosigned with his siblings. He spent money frivolously and refused my request that we save for retirement until his CPA finally convinced him to do so. Meanwhile, he mocked me for contributing to a Roth IRA and a 401k out of my paycheck. Behind my back, he manipulated our revocable living trust to disinherit our eldest son, his scapegoat. He refused to purchase life insurance, but demanded he be listed as the beneficiary on the life insurance I paid for out of my funds to care for our children in the event of my untimely death.

I didn’t realize what he was doing was abusive until I left and got help for the other forms of abuse my children and I experienced. Unfortunately, the financial abuse did not stop when we separated. Since filing for divorce, he has managed to keep the financial control over me in play. He has repeatedly dragged me back to court for frivolous and unnecessary proceedings. He is forging his personal business debt as community debt through fake promissory notes and inflating other expenses and debt at the same time he is discounting the profitability of his mostly cash business, among other things. He bankrupted himself and his first wife during their divorce, and I expect he’s trying to do the same with me. I hope he doesn’t win, but I don’t know how long I can afford to play this game.

Unfortunately, the story this survivor shares is not unique among the testimonies we hear from so many survivors who experience financial abuse. Financial abuse occurs when one controls another’s ability to acquire, use, and maintain any of their economic resources. And while it isn’t talked about and doesn’t make headlines, it is incredibly debilitating and pervasive. In fact, one study found that 99% of women, all but 1 out of 103 surveyed, had experienced domestic abuse that included financial abuse, coercion, and control.

Similar to covert emotional abuse, financial abuse is hard to recognize and identify. Often, the victim believes their spouse is loving them well by exercising strong control over their finances and doesn’t recognize they are being abused. Or, the victim doesn’t realize they are losing access to their resources through the abuser’s control. The awareness that something is wrong often does not come until the victim can’t supply the basic necessities for themself or their children or realizes they need to leave their abuser but can’t because they have been cut off from the finances that would facilitate their departure.

Financial abuse happens to people of all socio-economic backgrounds and all ages – from children to the elderly – and it can present in multiple ways.

Here are some common signs that indicate financial abuse might be present:

Here are some scenarios showing how these signs might play out within a relationship:

Victims of abuse already find it challenging to leave their abuser, but when financial abuse is involved they feel they lack the means to leave and become increasingly fearful. This is the exact goal of the abuser. They will lie, manipulate, and demean in order to control the victim, making them feel powerless to leave. The victim’s increased level of dependency on the abuser due to the extraordinary financial control being exerted over them emboldens the abuser further.

For the victim who decides to leave the relationship, they successfully cut themselves off from many abusive behaviors, but the financial abuse is likely to continue through the divorce and custody proceedings. For example, it’s not uncommon during divorce proceedings that the abuser will frequently request continuances to drag the court process on and increase attorney’s fees to drain the victim’s finances, sabotaging their ability to maintain legal counsel and forcing the victim to settle with unfair terms or go bankrupt. Later, notwithstanding court orders to the contrary, they refuse to pay child support, another way to shame and control the victim who may be forced to secure help from others.

If you’re unsure if financial abuse is at issue, here are some questions to ask yourself which will aid your discernment:

If any of these questions resonate with you, it’s possible that financial abuse exists and we recommend you take steps to protect yourself right away.

Depending on the dynamics of your relationship, you may want to broach the subject with your partner to feel it out. Tell them it’s important for you to become knowledgeable about the family assets and expenditures, in case anything should happen to either of  you. Tell them you need your name to be put on all accounts. Or try telling them it’s important for you to work with them on a family budget and you want to be more involved with the ins and outs of your resources. If they are unwilling to do these things and you don’t earn a living, you may want to consider getting a job if you can. See if your partner supports you in your choice to work. You will learn very much by how your partner chooses to respond to these questions.

If you don’t feel safe having these conversations with your partner, it is likely you are experiencing financial or other forms of abuse. It would be valuable for you to seek counsel from a domestic violence shelter’s legal division before leaving, if possible. They can guide you towards the best first steps to take before or when you leave. They also can help you identify documents you might need and ways to access them which will be easier to do when you are still in the home. This is especially true if you share children with the abuser. Remember, you may also reach out to an attorney for an initial consultation when you are ready.

At a minimum, you want to make copies of any recent bank or credit card statements and health, auto, or life insurance policies you can access. Then store them at a friend’s house or in a safe deposit box, which are relatively inexpensive to rent, where your partner will not find them. Take birth certificates, passports, marriage certificates and any other original documents you might need to live independently. Identify one or two family members whom you know you can trust and start coming up with a savings plan, even if it’s small, in case you need to leave the relationship. Make sure you do so in a new, separate account. Meanwhile, begin identifying a place you can stay while you are in transition, even if it means sleeping on a couch at a trustworthy friend’s house or at a domestic violence shelter. Your safety is of primary importance.

These types of relationships have roots of manipulation and control that go down deep and make it seem impossible to leave. And while we understand it feels that way we want you to know there is hope, there is a way out, and there are people who can and will help you get on your own two feet.

And if you are a responder who is walking alongside someone facing financial abuse, you may use this information to encourage and help them. Understanding financial abuse yourself will help you offer compassionate support as they struggle with what to do themselves.  Having knowledge  will enable the victim to trust you as they consider leaving the abusive situation.

Financial Abuse in a Marriage- https://bit.ly/2TfKhm8

Consider becoming a monthly donor to help M3ND Educate, Equip and Restore all those impacted by abuse.- https://themendproject.com/get-involved/

To share this blog with others on social media or through email click the corresponding logo buttons below.