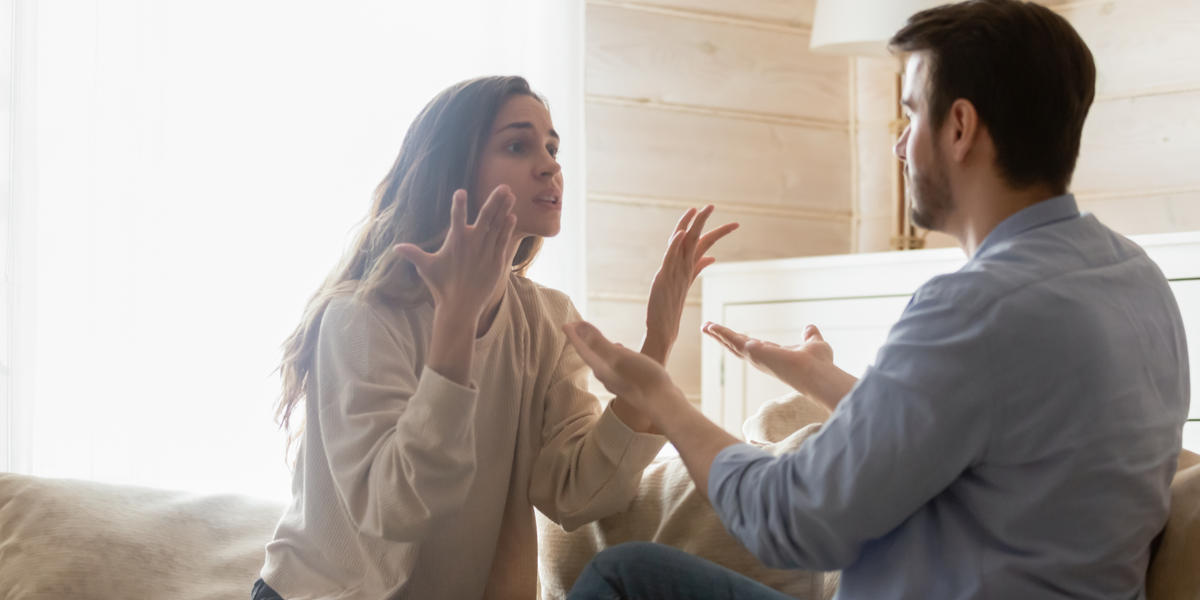 Confrontation. Many of us sigh deeply and quietly murmur UGH at the thought of confrontation. Why is it so stressful? It just seems most often confrontation isn’t handled well. One or both sides of the equation brings unhealthy habits to the table which make conflict resolution a struggle. Often, the one who chooses to confront important issues is labeled as pushy, controlling or too aggressive. Sometimes, the person doing the confronting has unresolved anger that sabotages the communication from the start. Even loving confrontation is often met with defensiveness or anger. Over time, when our attempts to confront issues in a healthy manner are regularly met with aggression over appreciation, we simply give up on the process. We learn to avoid conflict resolution or confrontation at all costs. It’s just not worth it. Is there really such a thing as healthy confrontation? Is it even possible?

Healthy confrontation is essentially the first step in conflict resolution. It’s the action that begins the discussion about a problem, disagreement, or behavior that needs to be addressed in order for healthy connection within a relationship to begin or be restored. Confrontation can create the opportunity to close gaps between two people in relationship.  It can be an invitation to the other person to make changes that will be bring healing to their relationships. Confrontation may be an action step that seeks to correct a wrong. Whatever the reason for the confrontation, it can cause anxiety to those involved with the confrontation. We become fearful of hurting the other person, or of their reaction, of being hurt ourselves. When we aren’t used to standing up for things, it takes a while to build our strength. Sometimes, as we discuss below, it might not be successful or even safe to confront.

When confrontation is done well and openly received it helps to sustain relationships and foster deep connection between two people. Here are a few keys to help you confront someone well:

1. Prepare in Advance for the Confrontation:

Make sure you feel SAFE confronting this person. Define the problem you seek to address and separate the practical aspects to it from the emotional aspects. Self-acknowledge when you’ve done similar things and what was happening for you when you did. Identify how much anger is in it for you and attempt to release it before the confrontation. If too much anger remains, perhaps hold off on the confrontation as unchecked anger can obstruct successful dialogue. Practice saying aloud what you plan to say and listen to make sure there isn’t too much anger or hurt getting in the way of the ultimate message. It isn’t always easy, but it will greatly enhance your ability to communicate effectively.

2. Invite your Partner to the Discussion:

It’s important to try not to ambush another person with confrontation, as that can become explosive quickly. Try asking them first if they have some time to talk through some things. Or tell them you’d like to reconnect lovingly about the dispute you had the other day. You get the point, something that invites them into what is being described as a loving communication designed to resolve issues and restore intimacy. If they need more time before they connect, allow it so long as too much time doesn’t pass. It’s important and likely productive to give them some time to think about their side of the issue before connecting about it.

3. Respectfully and Clearly Identify the Issue being Addressed.

It’s important to remain focused on the particular issue, conflict, argument or problem you are addressing. Far too often the temptation is to throw in attacks about all kinds of things the other person has done to hurt or offend you. It’s important to resist this temptation as it will sabotage the conversation and you’re unlikely to get the result you are looking for. For example, say, “I wanted to talk about how it made me feel when you showed up over an hour late for our dinner party last week.”

Connect this to the problem it is creating and the new experience that needs to take place so that safety and connection can be restored. This is where the “I” statements come in: “I feel….” XYZ “when” XYZ behavior happens. I “need to feel” XYZ in this relationship in order for me to feel safe and loved. Using the above example, I felt disrespected when you left me to handle everything for the gathering and embarrassed that you arrived so late without giving me notice.

Hear their heart and their mind about the situation.  Be willing to be flexible and take into consideration things they are saying that might change how you feel. But make sure to keep your mind on the outcome – the goal of the entire conversation –  to shift how similar things happen in the future, or to prevent them from happening. Stand firm while remaining flexible. To do this well, it’s important to come to the conversation ready to listen. Sometimes, we can gear up so strongly for confrontation and how we are going to do it well that we forget to prepare ourselves to listen to our partner’s heart and their feelings in connection with the issue. Keep your eye on the healthy outcome you are hoping for, but remember to take into consideration the things they say when developing a plan.

It they are doing a good job as a listener, then they will clarify what they have heard and respond in a way that demonstrates their understanding of the message you are communicating. Because of how you have shared they now have the information they need to create a plan for change, if they so choose. Try to encourage them to share this plan if they are ready to do so.

Depending on your relationship with the person, end with a hug, a handshake, or a kiss. Physical connection and warmth is important to let the other person know you care about them. It will also remind you of the love you have for them and them for you.

If you can, remember that you are choosing to be in relationship with them and them with you. Making a healthy connection a priority in your relationship is important. When both people prioritize it and are willing to do the work it takes to resolve conflict well, it will create harmony and deep intimacy between you. Over time as you both learn to deal with conflict well, it will become easier and will not involve the same level of stress it once did.

We all know, however, that despite the best of intentions and no matter how hard you try to communicate in a clear and loving manner, there are people who will never respond well to loving confrontation. Instead, they will become defensive or use any tactic to avoid meaningful confrontation hurting you in the process. For a true avoider and possibly someone who is abusive, they will do anything to resist connection and accountability. In next week’s blog, we will discuss what to do when your attempt at conflict resolution with this type of person spurs gaslighting.