Why Men Won’t Leave Their Abuser 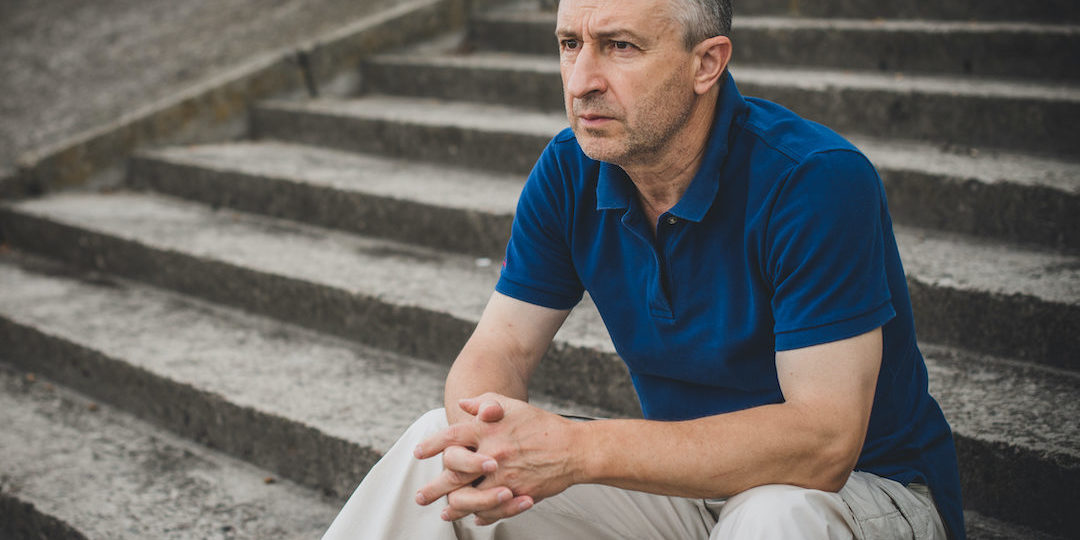 In last week’s blog, we addressed some reasons why women don’t leave their abusers. The M3ND Project has been in dialogue with a number of male victims to listen to their stories of abuse and wanted to share some of the reasons why men might not leave their abusers. We have been told about the man who attends a domestic violence survivors’ support group of all women. Almost immediately, he recognizes on their faces and in their reactions the assumption that he must have been the real abuser in his relationship; that his attendance is an extreme effort at image management. He can’t be the victim! After all, aren’t all abusers male?

The U.S. Department of Justice estimates that one in nine men are victims of severe intimate partner violence. Approximately 24% of domestic violence reports are from men. A very real issue facing male victims of abuse is whether they report at all, and many we have spoken with have declined to report. They identify an incredible amount of shame associated with reporting, the persecution they may face if they admit they are a victim, or the fact that no one will believe them and instead will assume that he is the abuser Many are met with the additional challenge of finding resources for male victims.

Victims are often criticized for staying in their abusive relationships. To those looking from the outside in, merely packing up one’s bags, saying goodbye to the abuser, and never looking back seems like the most obvious and easy solution for a victim seeking a way out. Unfortunately, leaving an abusive situation is rarely so simple, and doing so presents some unique challenges for men.

The more educated we are as a community and a culture on the obstacles that male abuse victims face, the better we can empathize with their thoughts and feelings, which is a critical element to helping them take their next steps and to heal from the trauma they have endured.

In today’s blog, we share with you some of the most common reasons male victims of abuse choose to stay with their abusers, based on this in-depth study on male intimate partner violence and what M3ND has been learning from male victims.

Male victims often face Double Abuse® in the form of distrust and discrimination from police, attorneys, and social service advocates when attempting to seek guidance for navigating their abuse. Also, our culture commonly conditions men from an early age to believe that it’s not masculine to ask for help, admit hurt, or claim to be a victim of any sort. It is taught that it is especially embarrassing for men to have allowed a woman to abuse them. Men who are viewed as “weak” or “unmanly” may face discrimination across multiple sectors of life, the results of which can be devastating.

A study from Harvard Business Review reveals that men who show vulnerability are more likely to be perceived as less competent and capable, which can severely inhibit their ability to be taken seriously in personal, professional, and institutional spheres. This kind of social conditioning communicates to men (and women) that men are only as valuable as they are “masculine.” Many are not willing to risk the shame and social or professional consequences that could result from vulnerably admitting they are a victim of abuse.

Many male victims interviewed chose not to seek professional help in navigating their abusive situation because of fear: the fear of losing custody of their children; fear of not being believed, fear of being shamed, and fear that they would be perceived as the abuser instead of their partner.

One man from the study explained why he wouldn’t leave his abuser this way: “It’s hard for anyone to help. My state’s divorce and child custody laws make it impossible for me to initiate divorce as I would lose my daughter, most of our assets, and I’d be on the hook for alimony, possibly for life. If I seek help through mental health professionals, doctors, or the police, she would certainly divorce me, and, again, I would lose everything. I choose to stay in this relationship to be with my child and not be financially ruined.”

When growing up, boys are often told to “man up”, “don’t cry” or “be a man,” phrases that are usually said to discourage showing certain emotions such as fear, shame, or sadness. This type of masculinity may have been rewarded by family, friends, coaches, or even teachers. Maybe they were punished for not reflecting certain “manly” characteristics. As a result, many men have often been trained to believe that being a protector and a reformer fall into the masculine role they need to assume in order to be favored in societal spheres, while the victim role is expressly female.  Even the fact that the majority of domestic violence is directed at women can make a male victim feel wrong for speaking up about their own abuse.

Consequently, men might see leaving as abandonment, something that contradicts the protective role they believe they should play. They have been taught to suppress their feelings and internal reactions. For men who have been brought up with this belief system, choosing to leave their abusive partner requires them to set all of this “teaching” aside which brings in an incredible amount of guilt.

At M3ND, our goal is to provide a safe place for ALL victims of abuse to seek and receive the help they desperately need. We train first responders to contemplate the female or male victims before them. As we’ve journeyed with male victims, we have learned how difficult it is for them to share details about their stories of abuse. How devastating it is to finally get the courage to discuss the situation with a friend or a professional who twists his words to make it seem as if he is the abuser. Or, to search for groups that support male victims and to find none accessible to them.

While it isn’t talked about as much as violence against women, we know the men we speak to are not alone. Underlying mindsets and belief systems hinder male victims from feeling and believing they can get the help that they need. We hope to make a difference in their experience. If you are a first responder, take a look at our Healing Model of Compassion where you will learn the steps for responding to any victim’s disclosure of abuse. It is so important for us to show compassion to every victim we face. And if you are a male victim of abuse, we are sorry for what you are enduring and we encourage you to continue seeking the clarity and healing you need to take positive steps.

Learn More about the Healing Model of Compassion: https://themendproject.com/i-want-to-help-someone-being-abused/how-can-i-know-if-its-abuse/#the-victim

The work of the M3ND Project is made possible through your support. Please Donate Today. https://themendproject.com/get-involved/