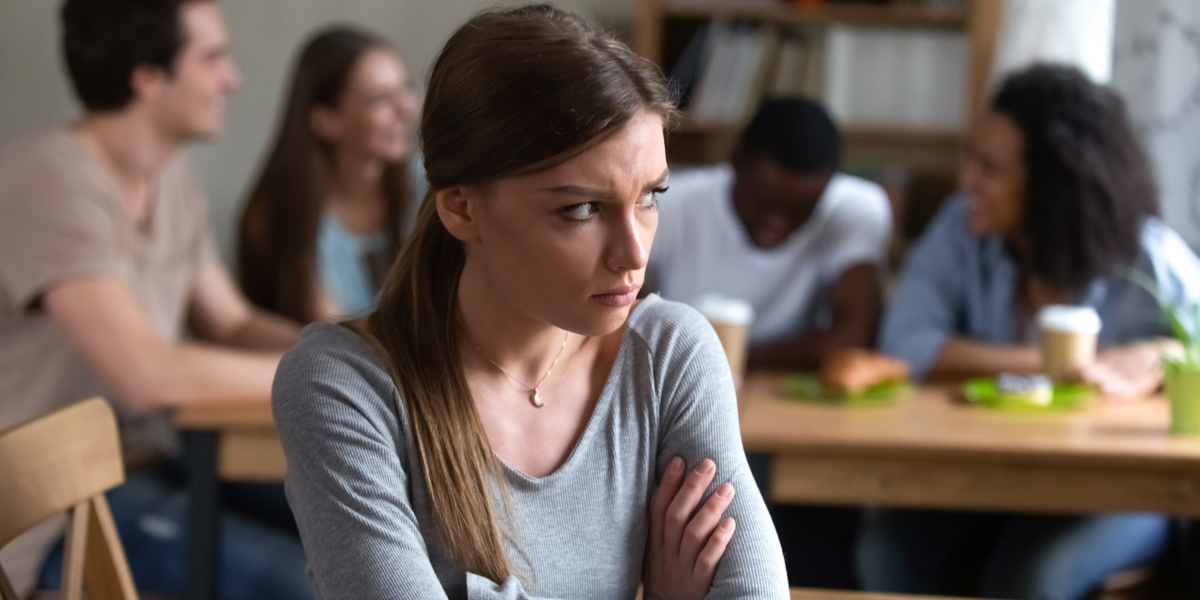 When victims of abuse are inadvertently or intentionally mistreated by the people they thought they could trust with their story, we identify this experience as Double Abuse®. Last month, we blogged on Double Abuse® and its many detrimental effects, but in this blog, we are highlighting examples of various ways people and institutions enact Double Abuse®.

It’s critical to understand how this secondary form of abuse can play out so that we can prevent it and educate others on how to create a safe space for victims and avoid doing  further harm. Anyone can Double Abuse®, including medical personnel, therapists, parents, teachers, pastors, and friends. Here are a few examples:

Usually, the primary way that people Double Abuse® is through their initial response to a victim’s disclosure of abuse. Accusatory questions such as “What were you wearing?” or, “If it was so bad, why didn’t you leave?” or even, “Why are you just now sharing this?” place undue blame on the victim who is already coming from an incredibly traumatic place. Additionally, remarks like “Yeah, well, we all have hard times in marriage,” or, “He’s so nice, I just can’t picture this.” are unempathetic and create added anxiety for the victim. As listeners, we don’t need to say much. In fact, it’s more important to simply be present in a compassionate demeanor. Offering critiques, giving advice, or asking questions interrupt the victim as well as cause them to explain further, requiring them to work much harder in the conversation than is helpful. It’s more impactful if we simply offer compassionate body language and a safe space for them to process their abusive experiences at their own pace. You might say something like,  “I’m sorry that happened to you” and, “Thank you for opening up, I know that wasn’t easy,” or, “You have every reason to feel upset and frightened.” These are words of validation and support.

Equally important to avoiding Double Abuse® by our words is by our body language and non verbal cues. Crossing our arms, frowning, turning our bodies away or looking at our phones while a victim is disclosing their experiences can verify their preconceived concerns that nobody would listen or care. The way we react with our bodies could be a deciding factor for a victim in whether or not they will seek further help. It can be very hard to hear someone you love share about the abuse they endure. It takes great courage to speak up or reach out for help therefore it’s important to listen with an open heart and mind with the same level of courage. Instead of minimizing their experience, face the survivor and let them know with your eyes that you are listening. Nodding in understanding or, depending on how close of a friend you are to them, placing a loving arm around them to show them you care can make a big difference in their experience. Let them know you are there for them and not going anywhere as they share.

Many abuse victims have experienced the sting that comes from the aftermath of sharing their abuse. For one reason or another, the people they confide in began to treat them differently. Whether it is parents not allowing their child to play with another child who has been sexually assaulted, an adult being given the cold shoulder at church on Sunday after telling their small group about their abusive home life, or leaders in professional spaces withholding opportunities from their employees who have been through abuse because they see them as weaker, all these instances serve to shun the victim and push them into further oppression. When victims receive this response, they feel judged and retreat into isolation which prevents them from receiving the validation and support they most need. If the person who harmed them witnesses these unsupportive responses, they may feel justified and even emboldened in their abusive behavior.

Finally, one of the main ways people Double Abuse® is by disbelieving and discrediting victims. Too many victims have experienced having their names privately and publicly smeared after confessing their abuse. Even the simple act of telling another person what a victim has disclosed to you can be discrediting. Their stories are not ours to share unless we are seeking to protect a minor by reporting an abuse incident to authorities. Confidentiality is key to their emotional and physical safety. Another way this manifests is when the abuser takes great efforts to make their partner look bad by spreading rumors or false accusations to the couple’s community. For example, they may tell friends, “I’m worried about so and so; they aren’t stable right now” in order to make others question the victim’s mental wellness. Or, they might tell authority figures in their life that their spouse is spreading lies about them in a desperate attempt by the abuser to manage their own image at the expense of the victim. If you have earned the trust of the victim who is sharing their story with you, try not to allow yourself to be influenced by the abuser’s attempts to protect their own image by tarnishing the victim’s.

Double Abuse® is nuanced and can manifest in myriad of ways, but usually, it falls under one of the three categories cited above. Although Double Abuse® is widely recognized for its harmful effects, The MEND Project was the first organization to not only give it a term and definition but to concentrate on it as a primary focus of community education.

This rarely discussed but incredibly important information is expounded on in both our introductory and comprehensive training program and curriculum. Any first responder or survivor would benefit from The M3ND Project Training. Our comprehensive curriculum is especially meant to help higher education institutions, therapists, nonprofits, and churches.

To learn more about the training, visit: https://themendproject.com/i-want-to-help-someone-being-abused/gain-tools-to-respond-to-abuse/