Why Don’t You Believe Me?: Phillip’s Story 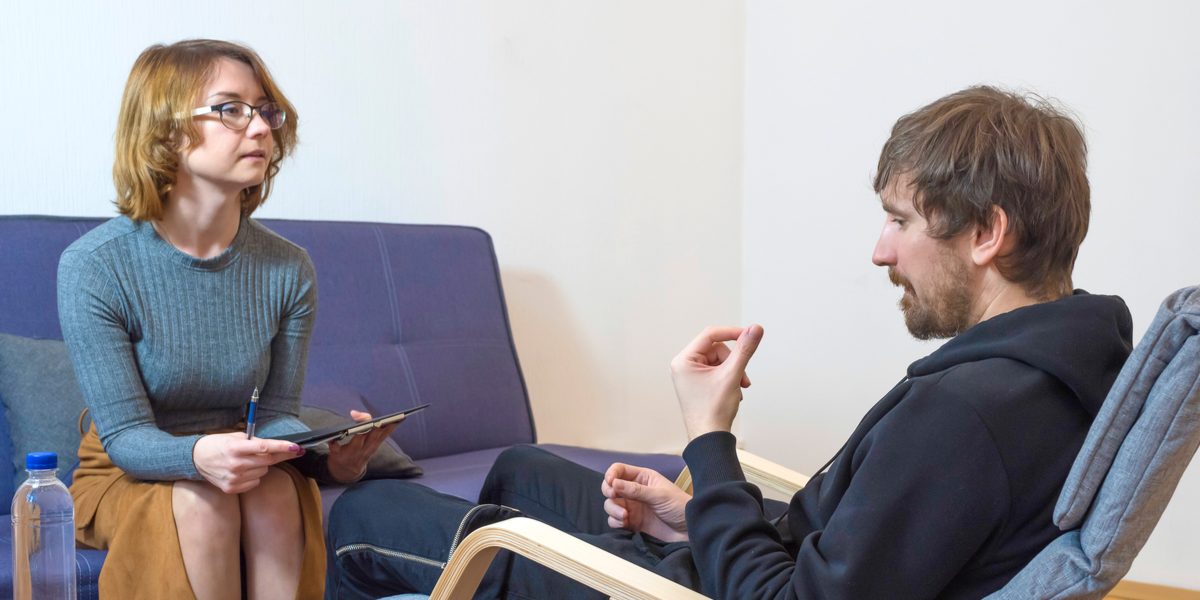 Phillip spent years trying to figure out why he felt like a slave. “It must be due to my childhood. That’s why I struggle so.” He saw a therapist. Tried to get help. He defended his wife; thought she was his only support. Until one day,  the revelation of what was going on hit him like a ton of bricks. He knew he needed to get out, so he reached out for help to his family who believed him and gave him hope and strength. But he also reached out to his therapist who doubly abused him by disbelieving him and refusing to validate his experience or provide any meaningful steps to help him.

My father passed away suddenly from Covid and I felt like something had ruined my relationship with him. My wife and I started to discuss how my family was narcissistic and how that was the problem. At one point I was convinced that my mother was a bad person. My wife said to me in bed, “I never felt so in love with you or so close to you as when you finally admitted your mom was a bad person”. I was stupid enough to think this might finally make my wife happy, but smart enough to see a psychologist that specialized in narcissistic abuse and trauma therapy.

I spent a few months explaining to my therapist all the issues with my family of origin and my childhood. I probably sounded like the narcissist, but I think she recognized the signs of PTSD and hopefully some empathy. I never said one bad thing about my wife. I thought she was the only stable person in my life and my voice of reason through all the conflict. I also told my therapist that I felt like a slave. I wasn’t sure why and thought it had to do with money or lack of time.

My therapist and I started to look at things like black and white thinking and where my shame was coming from. And one day it hit me like a ton of bricks.

First, I started to come to terms with something I knew from the beginning. My wife is extremely condescending and she can’t control her emotions. Her favorite moves are eye rolls, death stares and huffing and puffing. It’s hard to explain, but they are so dramatic that it sends an immediate message of “you’re a piece of crap and I am so much better than you.” It is not socially acceptable and we created a whole reality to justify her behaviour. I became isolated from friends and family just trying to make my marriage work.

Next, I was discussing an upcoming beach trip with my therapist and explained how I was nervous about it. I said, “I don’t do well on vacations. We got into a bad fight last year and I said something mean to my wife.” My therapist probed a little and I showed some serious signs of shame.

I started to think about that fight and a couple of others. I started to remember more. These were not normal arguments between a husband and a wife. My wife will go into a psychotic rage. She will punch me, choke me, scream in my face, throw dangerous things at me, and beg me to hit her. The next morning she would say, “Do you remember what you did last night?” I somehow internalized the trauma and believed it was my fault.

My wife knows all about my life and my weaknesses. My father had an anger issue and I saw him hit my mom as a child. I didn’t ever want to be like that. My wife would abuse me and then make me believe that I was being abusive like my father. I never hit or touched my wife, no matter how hard she tried to get me to.

I went through that upcoming beach trip and this time I did not engage with my wife. I couldn’t even look at her, because one condescending glare could put me down. I really started to pay attention to how mean she was to me and how much she affected my mental health.

I was ready to come forward. I told my wife how I felt and said I was going to talk to my therapist about it on Tuesday. On Sunday, we had an argument where she recorded me on her phone. Obviously, she was semi-behaved, but I realized I could not relate with her and I felt like she was out to get me. This was the first time in 10 years that I was holding her accountable for her behavior.

On Monday, I woke up and tried to work from my home office. By 8:10am, I had a full on nervous breakdown. I called out of work for the week. I needed to get away from my wife. I was terrified about coming forward and needed to do it from a safe place. I couldn’t drive so I called my mom and sister to come get me. My two kids wanted to come to grandma’s with me, but my wife and her father threatened to call the cops. My wife also called my therapist and left a message where she cried and said I was trying to take the kids from her.

My sister and mother believed me. They knew my wife didn’t treat people kindly. My sister even saw my wife start to enter into one of her rages a couple of weeks earlier. I stopped it before she got violent, but just seeing the onset is enough to realize what my wife is capable of.

Tuesday came and I was ready to talk to my therapist but my nervous breakdown was in full swing. I was a mess. I told my therapist that my wife had been gaslighting me the whole time. All of the conflict in my life had another, more simple explanation. I told her about the physical and emotional abuse. I told her about my wife’s condescending attitude. I told her the whole reason I was in therapy was so my wife could prove that my family and I are bad people. I told her how my wife tries to make me believe that I am abusive just like my dad was.

My therapist didn’t believe me. I think she thought that I was crazy. She basically told me to calm down and see how it goes. She recommended a book on a type of marriage therapy called Imago. The next book was on Adult Children of Alcoholics, which made me look deeper into my childhood issues. I was so hurt, but I tried it. I just wanted to find an answer as to why I felt like a slave.

As time went on, the gaslighting started again and I spotted it immediately. I was upset with my therapist. The principles of Imago therapy are how I got into this mess. I told my therapist, “I did such a good job at validating my wife’s reality that it almost destroyed me.” And my wife justifies her behavior using the information from Adult Children of Alcoholics. “You come from a dysfunctional family and don’t know how to deal with angry people.”, she would say. I talked to my therapist about this but at this point I think she just doesn’t like me anymore.

Currently, my wife and I are starting our separation. I am going to talk to my therapist and reference what I learned from The Mend Project. If that doesn’t go well, I will have to find someone else who believes me.

What Phillip experienced is all too common. There are many reasons those responding to victims like Phillip struggle with how to respond in a healthy and compassionate way. So often, they fail to react well and their responses cause further harm, creating significant anxiety, self-doubt and increased trauma in the victim. During our training courses, M3ND educates about all types of psychological abuse and also helps to uncover those biases we hold (often unconsciously) that cause us to harm others through how we respond. Our training also validates survivors and gives them clarity about their own abuse and trauma. Please join us by learning more through attending one of our trainings and help us put an end to Double Abuse.